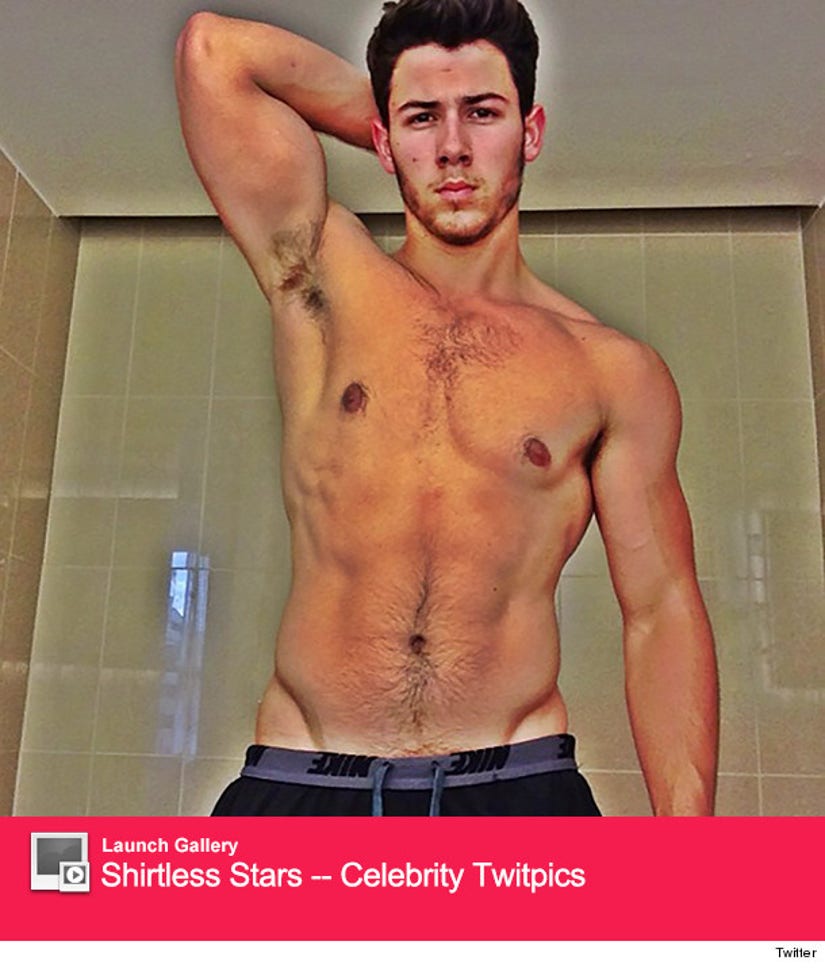 Nick Jonas broke the Internet when he posted a ridiculously buff shirtless photo earlier this week -- and now we know why he did it ... and who snapped the pic!

"There's a lot of people running around without their shirts on these days, so I just didn't want to add to the noise, but I felt like as a diabetic … it's twice as hard for us diabetics to stay in shape," Nick told Ryan Seacrest on Thursday.

"I've met a lot of diabetics recently who have come to me and said, 'Thank you for being so vocal about fitness and health' because it's helping them. I just wanted to give some inspiration to those people … It's been a pretty hilarious reaction," he adds.

And while we all enjoyed the photo, one BIG question generated big buzz: Who took it?!

"That was the funniest part of the reaction," says Jonas. "There's a self-timer setting on the camera."

Don't expect to see him going shirtless again anytime soon on Instagram though, unless you buy a movie ticket.

He'll have a few steamy scenes with Isabel Lucas in the upcoming movie "Careful What You Wish For," which opens in 2014.

Listen to the full interview below: