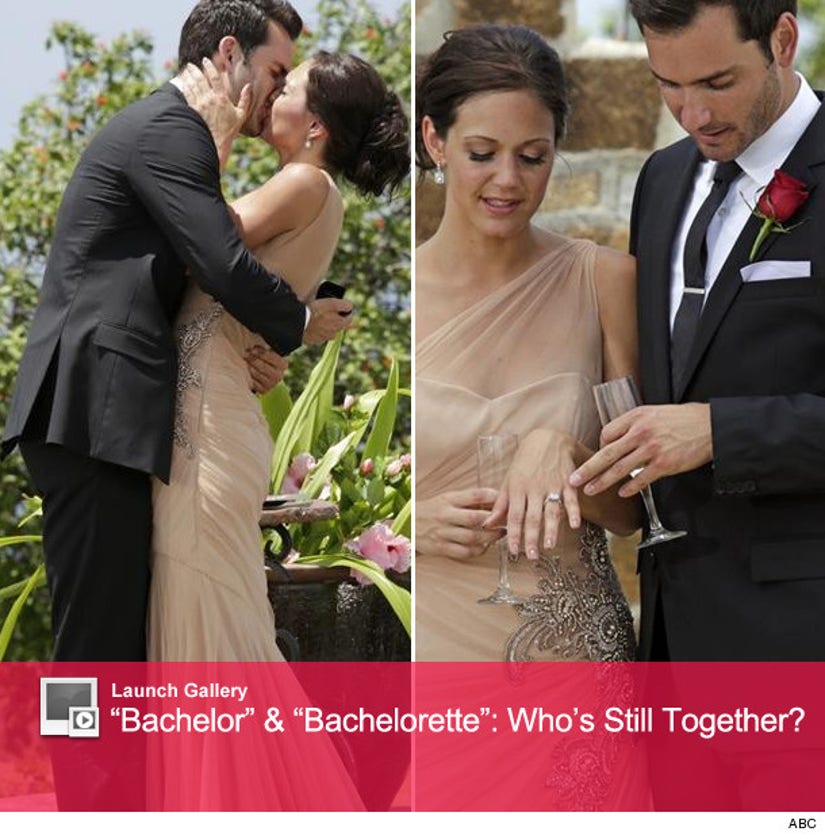 "Will she be the first 'Bachelorette' ever to end up alone?" host Chris Harrison teased on Monday's "Bachelorette" finale.

After Brooks Forester, the man widely believed to be Desiree Hartsock's match, unexpectedly left the show last week, many believed that he took the bachelorette's heart with him.

After dismissing Drew Kenney earlier in the finale, Chris Sigfried was the only suitor left. Chris mustered the courage (and a dazzling Neil Lane ring) to propose to Desiree.

"I am so nervous and scared that once he learns the truth everything will change," Desiree admitted as Chris approached. As he poured out his heart, she stopped him before proposing, saying "I have a few things to say to you ... I want to be completely honest...I was torn apart by Brooks leaving...I loved him."

Ouch, not words a man wants to hear before getting down on one knee. Watch the proposal below:

While Desiree did admit she was "blindsided" by her feelings for Brooks, Chris "never lost sight of what they could be." And with her admission, Chris proposed, and Desiree accepted.

Time will tell if Desiree and Chris will last -- but, as of the "After the Final Rose" special, they are still together.

See where the rest of the couples from "The Bachelor" and "The Bachelorette" have ended up in the gallery above.

In other news, Juan Pablo Galavis was named the next "Bachelor."