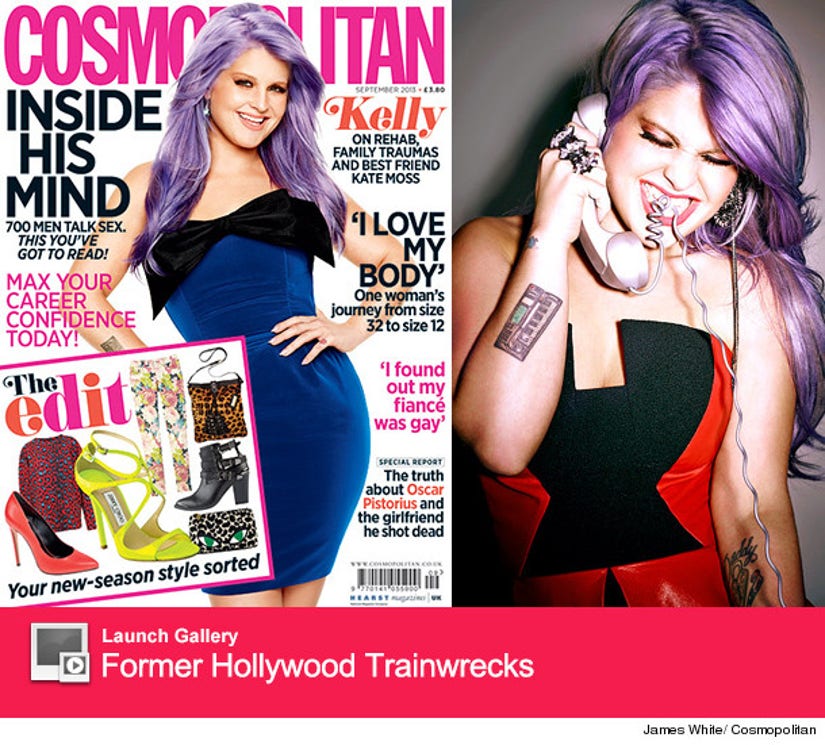 Kelly Osbourne is living the sober life now, but it's definitely been a struggle!

The "Fashion Police" star graces the September cover of Britain's Cosmopolitian where she opens up about her past addiction issues, her time spent in rehab and even mental institutions!

Kelly tried a ton of different treatments before finding and maintaining sobriety -- even one extreme measure her mom, Sharon Osbourne, pushed upon her.

"I've been to rehab seven times and to two mental institutions," the E! host reveals. "My mum even had me put in a padded cell once to scare me, but like a brat I just sat it out until she said, 'Well, that's not going to work.'"

Yet, the most important thing Kelly learned on her journey to sobriety was that you have to want to do it for yourself.

"But what I've learnt is that no amount of therapy or medication is going to work unless you want it to," she tells the mag. "Until you want to be a good person, you will never be one."

But back when the 28-year-old was doing drugs, she never told a soul ... and not for the reasons you'd think!

"I would never even tell anyone I had drugs because I wanted them all to myself," she admits. "I was quite selfish. What changed for me was looking around and seeing that nobody liked me or wanted to work with me."

Kelly has since turned her life around -- she currently stars on one of E!'s biggest shows and she's engaged to her longtime love, Matthew Mosshart.

"I'm so lucky to have someone as special as Matthew," she confesses. "I tend not to talk about relationships, because everything else is so out there and the only thing that is mine is my fiance. The only thing I'll say is that you will never learn what love is on any level until you let someone love you the way you deserve to be loved."

We are so happy for the purple-haired beauty. Click "Launch Gallery" above to see more stars who've cleaned up their acts, and make sure to pick up the September issue of Cosmo on sale August 8th!