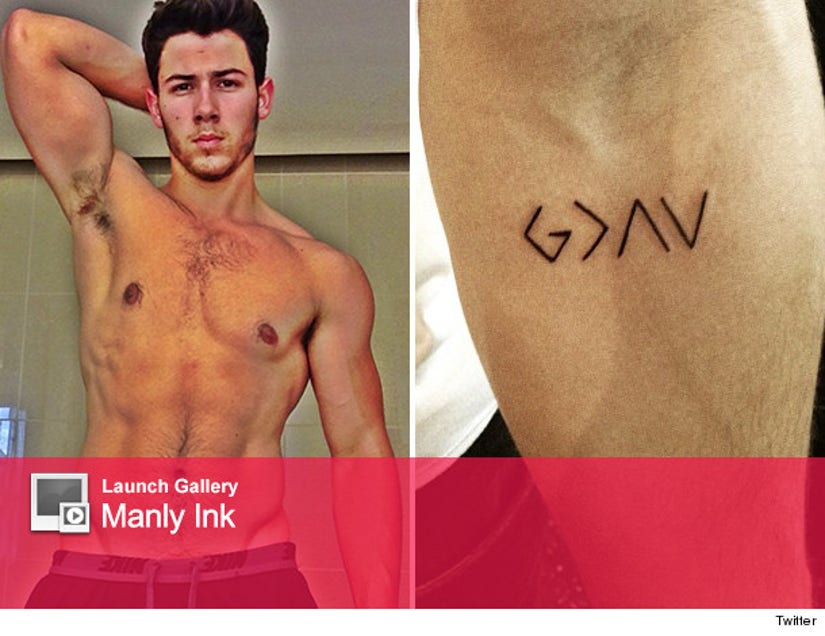 The youngest Jonas Brother, who recently made headlines with one very revealing shirtless photo, posted another photo of his anatomy Thursday on Twitter.

But this pic was just of his arm ... and his new tattoo!

The body art itself shows a "G" and a couple symbols. So, what does it mean? Thankfully, Nick explained it.

"God is greater than the highs and lows," he tweeted along with the photo.

This isn't Nick's first tatt. He also has the word "Mercy" inked to his right forearm.

Check out more tatted up celebs in the gallery above!