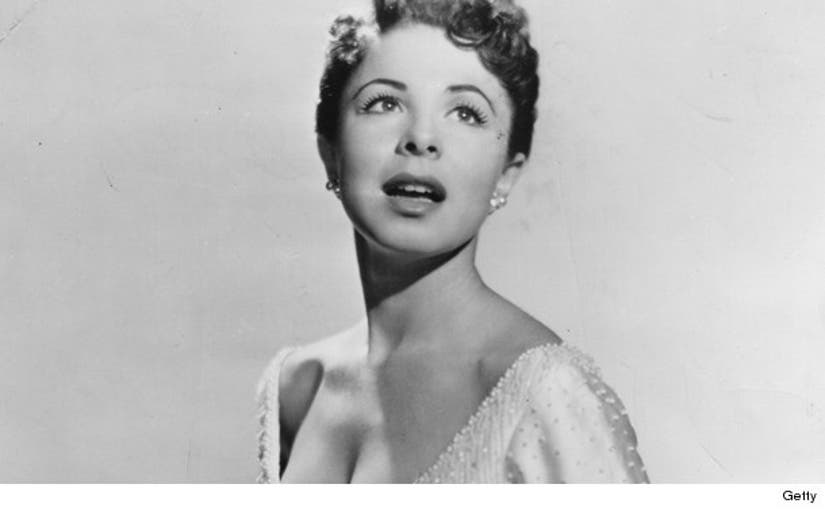 "Legendary singer and performer Eydie Gorme passed away peacefully today at Sunrise Hospital following a brief illness," her rep Howard Bragman said in a statement on Saturday. "She was surrounded by her husband, son and other loved ones at the time of her death."

Eydie's longtime husband and singing partner Steve Lawrence added: "Eydie has been my partner on stage and in life for more than 55 years. I fell in love with her the moment I saw her and even more the first time I heard her sing. While my personal loss is unimaginable, the world has lost one of the greatest pop vocalists of all time."

Born Edith Garmezano in 1928, Eydie began recording music in 1952. She got her big break when she and Steve were booked on "The Tonight Show." Her biggest hit was the 1963 "Blame it On The Bossa Nova," which incorporated the popular Brazilian music. Eydie would have mild success as a crossover Latin artist, but her later hits were easy listening songs with Steve, notably "I Want To Stay Here" and "I Can't Stop Talking About You."

Steve and Eydie were staples of the musical theater scene and were a popular act on "The Ed Sullivan Show." From showtunes to sketches, they were known for lighting up the stage. Together, they won a Grammy for Best Performance by a Vocal Group in 1960.

A private service is being planned.