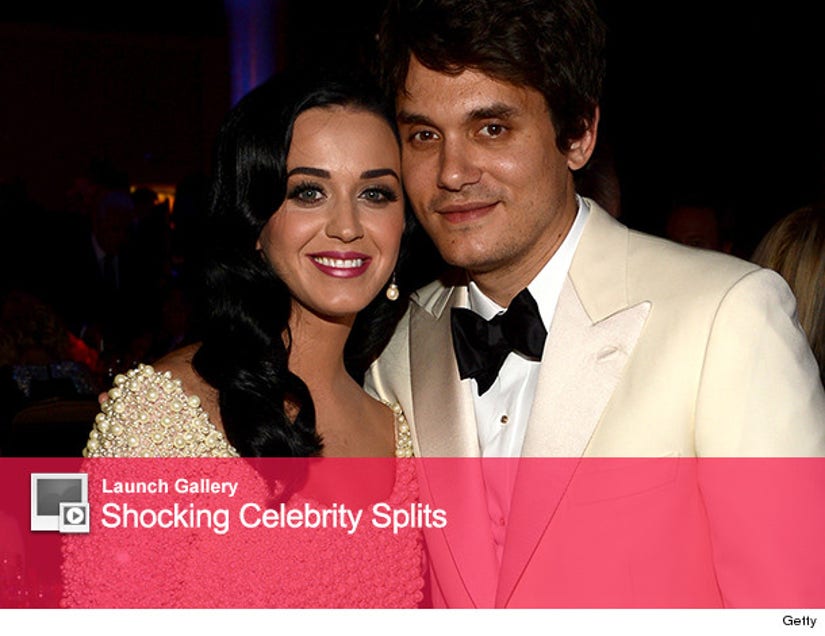 On-again, off-again couple Katy Perry and John Mayer have taken their talents ... and love to the studio!

On Monday Katy released the new lyric video for her latest single "Roar," and debuted her new duet with Mayer, "Who You Love," on "The Morning Mash Up" live on SiriusXM Hits 1.

While "Who You Love" won't be on Katy's new album, it will be on John's "Paradise Valley" which hits stores August 20.

Check out their sweet single below:

In the song, we hear a candid moment between Katy and her beau -- a soft laugh. "The Morning Mash Up's" Nicole Beggins asked Katy about the sweet moment in the song, after Perry shared a first listen with fans.

Katy and John have definitely had their ups and downs -- she even admitted in the July issue of Vogue that she was "madly in love" with Mayer (even though they were broken up at the time).

What do you think of their new duet? Tell toofab in the comment section below, and click "Launch Gallery" above to see some other shocking celebrity splits!