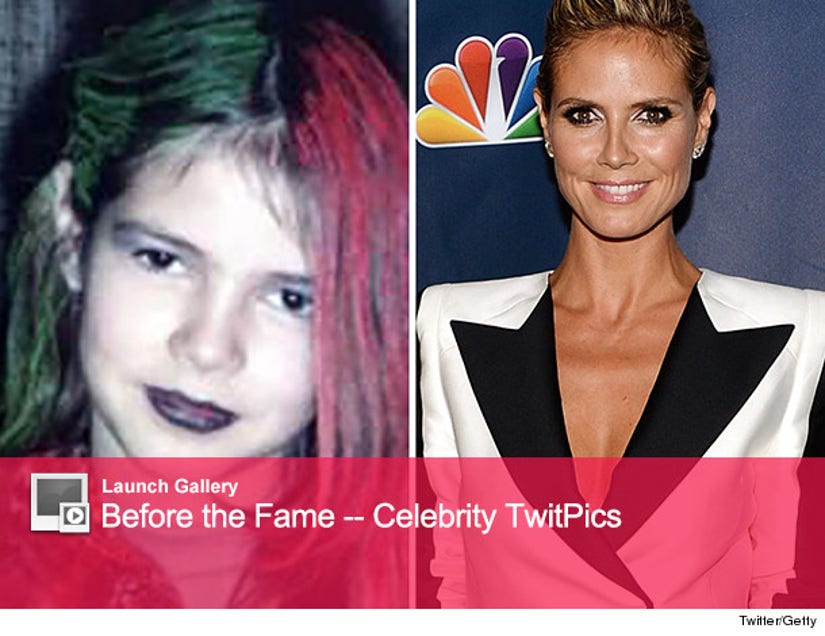 This green and red punk-haired girl grew up into supermodel Heidi Klum!

Heidi posted the photo on Twitter with the caption, "I AM NINE."

Ten years later, Heidi would win a modeling competition in her native Germany. An international modeling career, contract with Victoria's Secret, and hosting gig on "Project Runway" would follow.

Today, the 40-year-old is a media mogul! But it's cool to know she has always been adventurous and experimental with her (good) looks!

Click on the "Launch Gallery" above to see if you can identify more celebrities from their childhood photos!