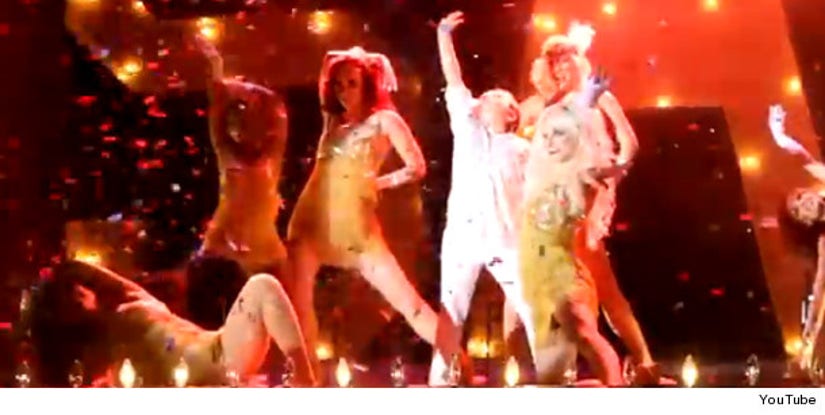 No, this isn't a Broadway production, it's a bar mitzvah!

Sam Horowitz went all out for his 13th birthday last November, renting out the Omni Hotel in Dallas and staging a dazzling dance routine.

The performance -- which was picked up by Jewish mom blog Kveller and later by Gawker -- definitely raised the bar for bar mitzvahs. It started with eight dancers shimmying to Christina Aguilera's "Show Me How You Burlesque" before a rig descended onto the stage. Sam emerged as the music transitioned to Jennifer Lopez's "Dance Again," and boy did Sam dance. Just watch:

According to reports, this was just the opening number. We hope he put the rah in his haftarah, too!

It was fun and tasteful, unlike this:

What did you think of Sam's routine? Tell toofab in the comments below!