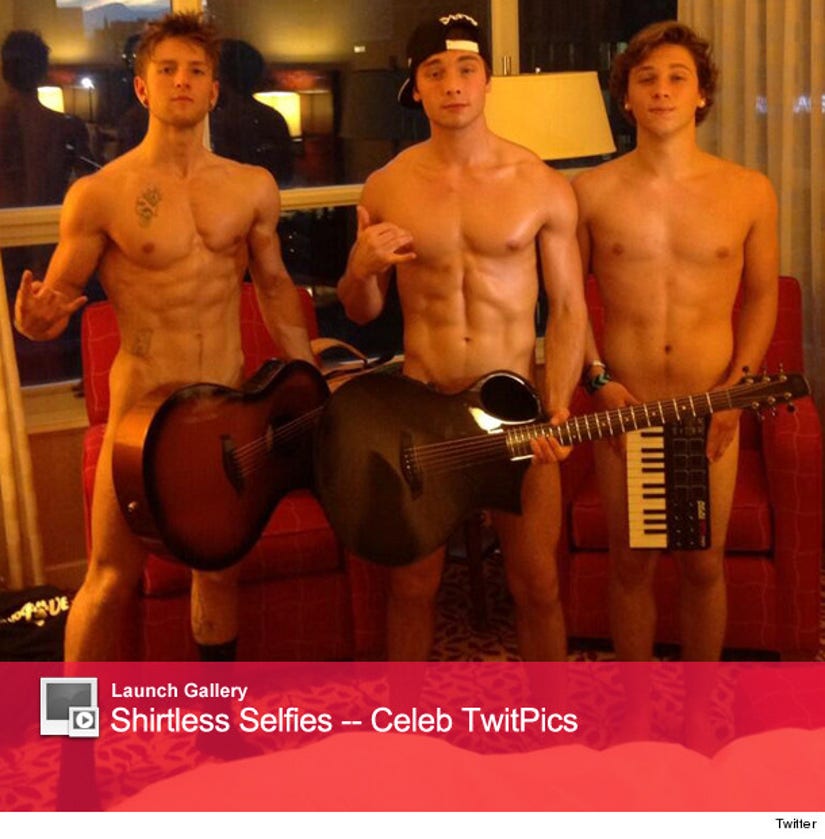 Apparently Justin Bieber isn't the only one who loves playing music naked.

One day after TMZ posted photos of the pop star strumming his guitar for his grandma (ew!) in the buff, a group of male singers followed suit.

"Hey @justinbieber, we're in Canada ready for the jam sesh," Emblem3 tweeted out last night -- along with a 100% nude photo of the three former "X Factor" contestants.

What do you think of the pic? See more shirtless celebrity selfies in the gallery above!