Ashton Kutcher is only 35 years old, but he already has 20+ films under his belt.

He started in the industry as a model, but parlayed his good looks and humor into film roles, landing a role on "That '70s Show" and breaking out on the big screen the 2000 film "Dude, Where's My Car."

And while comedies, particularly romantic ones, have been winners for the actor, he's branched out into other genres including sci-fi and action.

His latest film "Jobs," a biopic of Apple co-founder Steve Jobs, may be his most challenging role to date. Ashton not only shares a strong physical resemblance to Jobs, but his intensity as well. 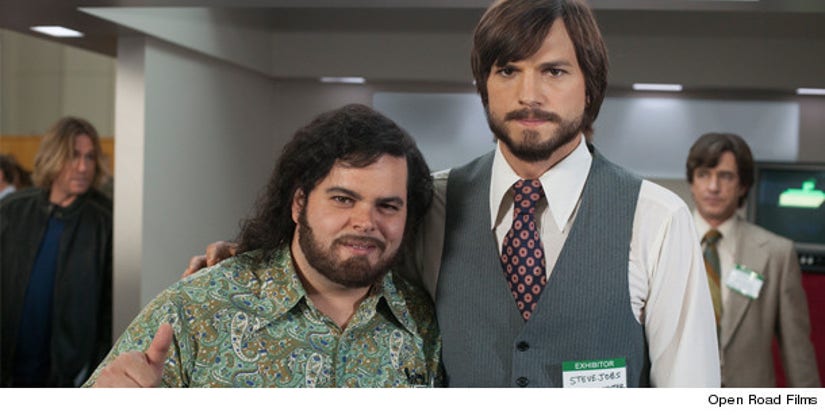 "I dedicated myself in a way I hadn't dedicated myself to a role before," he explained in a France24 interview. "I spent three months preparing, watched hundreds of hours of footage and had a 20-hour audio file that I listened to in my car or when I went to sleep to capture the way he talked; his cadence and intonations. I also worked with an acting coach, and met with people that he knew to get as much information as I could."

"So I definitely worked harder on it than I've worked on anything else," Ashton added.

You can see Ashton's portrayal in "Jobs," which opens today. And to see him go from playing geek to genius (and one sexy shirtless assassin in "Killers"), click on the "Launch Gallery" above!