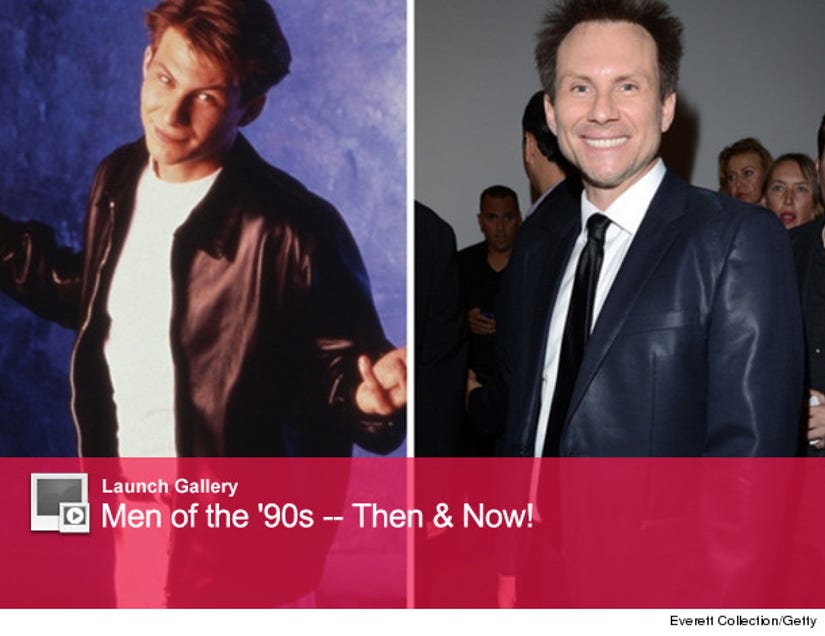 After playing rebellious teenagers in movies like "Heathers" and "Pump Up the Volume," he went on to live happily ever after with Alabama in "True Romance" and saved the day as Captain Riley Hale in "Broken Arrow."

And even though he played one of the good guys in those later movies movies, Slater has definitely had some run-ins with the law in real life.

In 1994 he was arrested at JFK for criminal possession of a weapon and in 1997 he was sentenced to three months in jail for assaulting his girlfriend Michelle Jonas.

Christian has taken some time off from starring on the big screen though -- and has most recently appeared on TV shows like "Breaking In" and "The Forgotten." Today, Slater has two children and he is currently engaged to Brittany Lopez.

The actor wasn't the only hunk of the '90s -- click "Launch Gallery" above to see his "True Romance" costar Brad Pitt, along with Tom Cruise, Val Kilmer, Bruce Willis, George Clooney and more leading men who got their big breaks over 20 years ago!