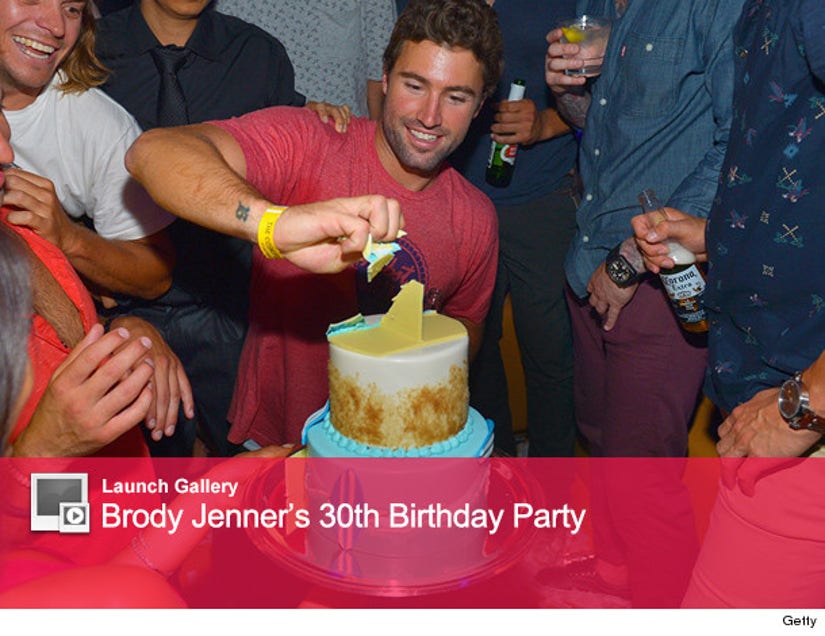 Because the reality star was celebrating his own milestone birthday -- his 30th -- in Vegas on the same day!

Technically, his birthday is this upcoming Wednesday, but the celebrations started early.

Brody and his boys partied at Hyde Bellagio, where he held court at the VIP booth beneath the club's dramatic fireplace. The club's performers held up giant letters spelling out B-R-O-D-Y. Another delivered his birthday cake riding on the shoulders of a club employee.

Of course, Brody's had a reality TV career that's spanned more years than his famous Kardashian stepsisters. He previously appeared on "Princes of Malilbu" and "The Hills" as Lauren Conrad and Kristin Cavallari's boyfriend, and was featured prominently in the show's final scene -- including the recently released "alternate ending":

Check out what the stars of "The Hills" are up to now by clicking the "Launch Gallery" below!