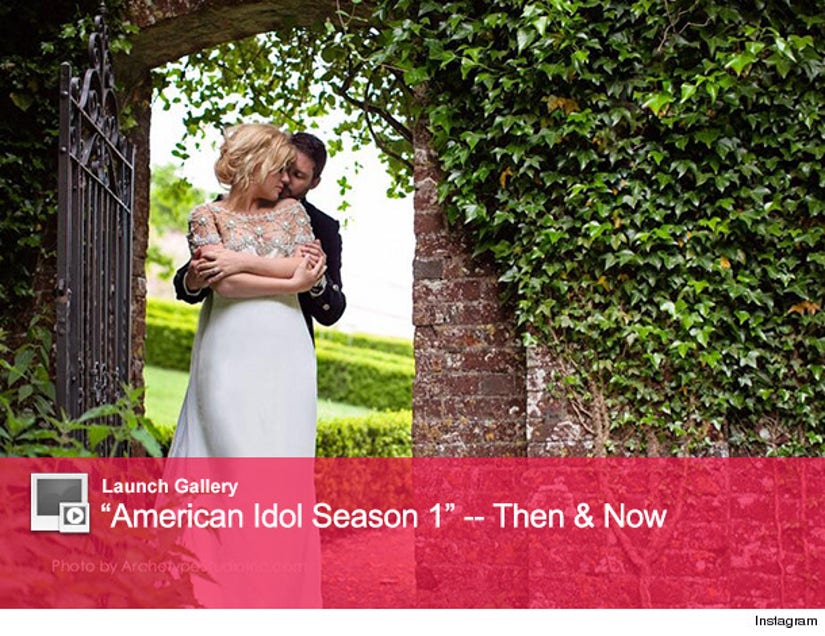 Miss Independent is gearing up to become Mrs. Brandon Blackstock!

Kelly Clarkson just shared this engagement photo of her and fiance. And while we're not sure if the elegant embroidered gown is her wedding dress, she looks beautiful.

"Okay... One more from our engagement shoot ha! #TieItUp :)" she posted in her caption, referencing her new single "Tie It Up." In the video, Kelly plays a wedding singer, but she'll be a bride soon.

"It's two months away. It's end of October," she revealed on Ryan Seacrest's radio show. "I'm so over it. It's so overwhelming. We're just doing a lot -- touring and the wedding and the Christmas album, so I'm over the wedding part."

One thing she is looking forward to is becoming a stepmom. "I have a 12-year-old and a 6-year-old now, after being single for six years," she said. "We all live together and everything. It's so different, but it's perfect. They're awesome and I actually really dig the mom thing."

Click on the Launch Gallery link above to see what the rest of the Season 1 "American Idol" contestants look like today!