Looks like Taylor Swift can't put that whole Kanye West incident behind her.

The country singer, who was interrupted on stage by the rapper FOUR years ago, brought up the incident AGAIN, but not in an interview or song (her single "Innocent" was her response to it).

Instead, she mentioned it on a jar of jam. Yes, jam. You see, Taylor whipped up a batch of homemade preserves, and put Kanye's rant on the label. The lucky recipient? Her touring partner and rumored beau Ed Sheeran. Ed posted a close-up on Instagram with the caption, "Taylor made me some jam. Amazing." Check it out: 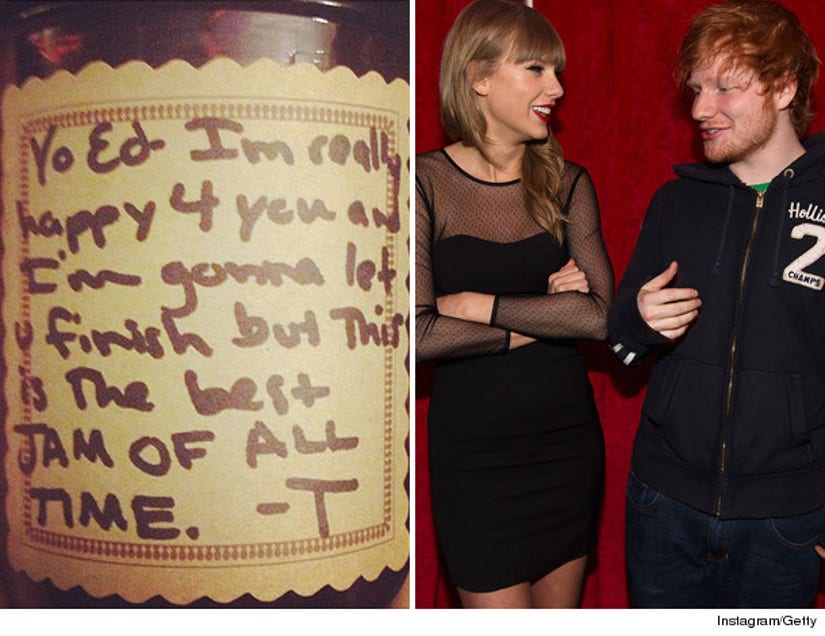 The 2013 VMAs ARE this weekend, and Taylor has two nominations (Ed has one). Kanye's album came out too late to be considered.

What do you think? Tell toofab in the comments below, and check out more memorable MTV Video Music Award moments in the gallery below!