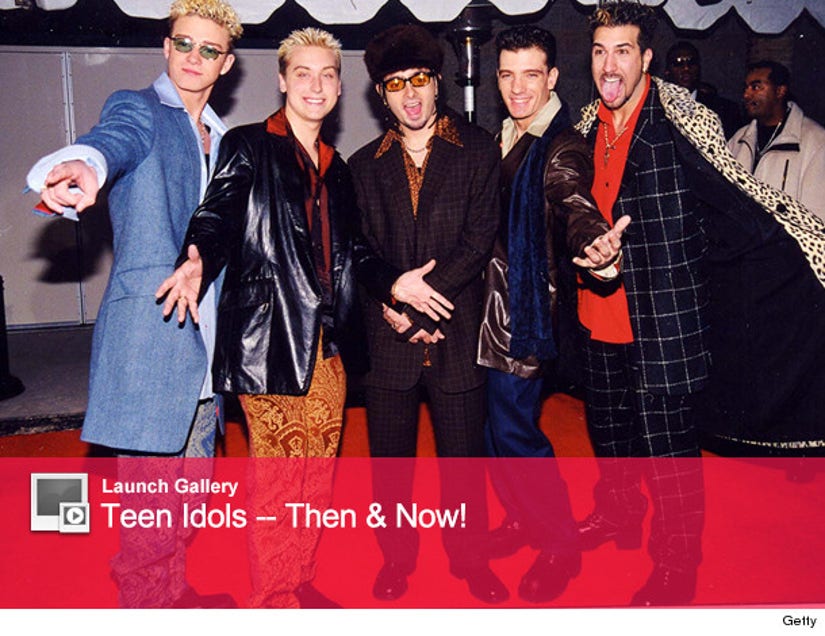 Lance Bass is trying to rain on our "Bye Bye Bye" parade.

While MTV is staying mum on the rumored *NSYNC reunion at this year's VMAs, the former boy bander is speaking out -- and it doesn't sound promising.

"I have to address the rumors," he said on his SiriusXM radio show. "Justin Timberlake is getting the Michael Jackson [Video] Vanguard Award this Sunday at the awards, so of course people are automatically going to think we're going to be there performing, but this is exactly how it happened and I knew these rumors were going to fly."

He goes on to explain that he, Joey Fatone and Chris Kirkpatrick saw JT's show in Miami and Instagrammed a photo ... and "that's what started the rumor."

He never actually says it's NOT happening, but went on to thank all the band's online fans.

"It's amazing to see the reaction out there on Twitter and social media," says Bass. "It's so nice to see because when we ended things [over] ten years ago, there was no social media, there was no Twitter [fan base], but it's so cute to see how many people are supporting [us] and 'NSYNC was even trending."

And while not a confirmation, Bass says a reunion "would be an amazing time."

So ... do you think he's just trying to throw people off? Or are they actually not performing?

We'll be very disappointed if this doesn't happen. What do you think?