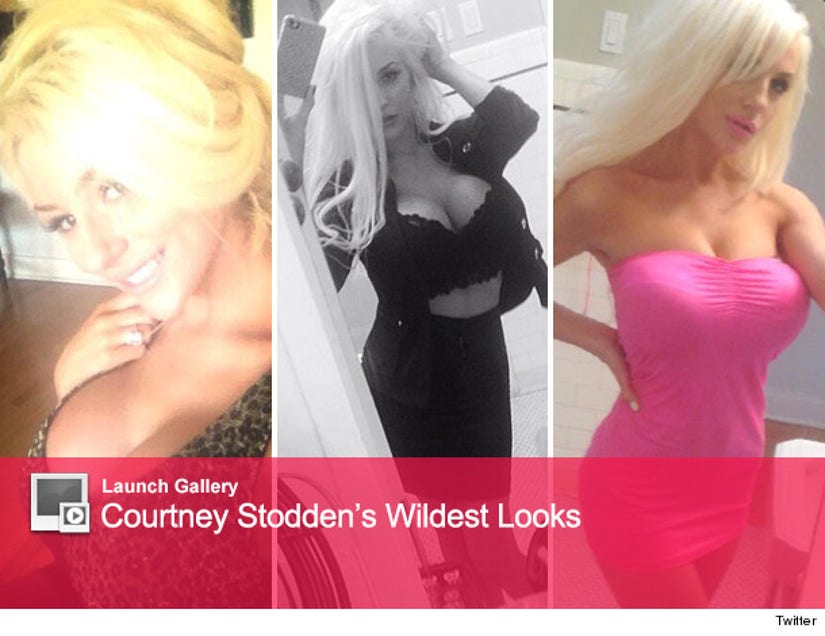 Courtney Stodden is no longer barely legal ... she turns 19 today!

The tabloid fixture first generated attention when she married actor Doug Hutchison when she was just 16-years-old (he was 51 at the time!).

The two met over the internet in an acting workshop and started an online relationship. Doug, at the time, did not realize how you she was ... and sixth months later they "fell in love" before ever meeting in person.

When the former "Lost" star realized he was courting a teenager, he asked for her mother's approval before continuing their relationship. When Stodden's parents gave Courtney the freedom to make her own choice, the pair fled to Vegas where they were married.

Their relationship drew plenty of controversy, and since getting married, the couple's wild behavior and Courtney's even crazier outfits continued to generate a buzz.

From wearing a lettuce bra for PETA to showing support for gay rights in a rainbow bikini, there's never a dull moment when Stodden makes a public appearance.

The blonde bombshell continues to draw plenty of attention to herself -- in June she went under the knife for double D implants and she's currently appearing on "Celebrity Big Brother" in the UK.

Love her or hate her, Courtney knows how to keep it interesting with some crazy couture -- click "Launch Gallery" above to see the teen bride's wildest outfits!