Well, this was awkward!

On Sunday night's premiere of "Tamra's OC Wedding," the reality star caught her husband-to-be getting a little too touchy with a stripper at his bachelor party in Las Vegas.

Not only did Tamra see some risque pictures of Eddie Judge in the strip club earlier in the night -- via Heather Dubrow's husband Terry Dubrow -- the O.C. bride made her way to Sin City's Sapphire strip club where she caught Eddie in the act!

Check out the video above to see Tamra's reaction when she catches a stripper grinding on her fiance!

On season 8 of "The Real Housewives of Orange County," Tamra celebrated her bachelorette party in Mexico with her costars ... and the celebrations also got a little out of hand when the group's male strippers got way too close for comfort.

It definitely seemed like Eddie has some resentment from Barney's bachelorette ... which probably encouraged some of his wild behavior in Vegas.

The two have since worked out their bachelor/bachelorette drama -- Eddie and Tamra said "I do" in June. Who do you think had the crazier pre-wedding strip show? Vote below!

Also, check out more of the crazy party pics from Tamra and Eddie's bachelor/bachelorette party below! 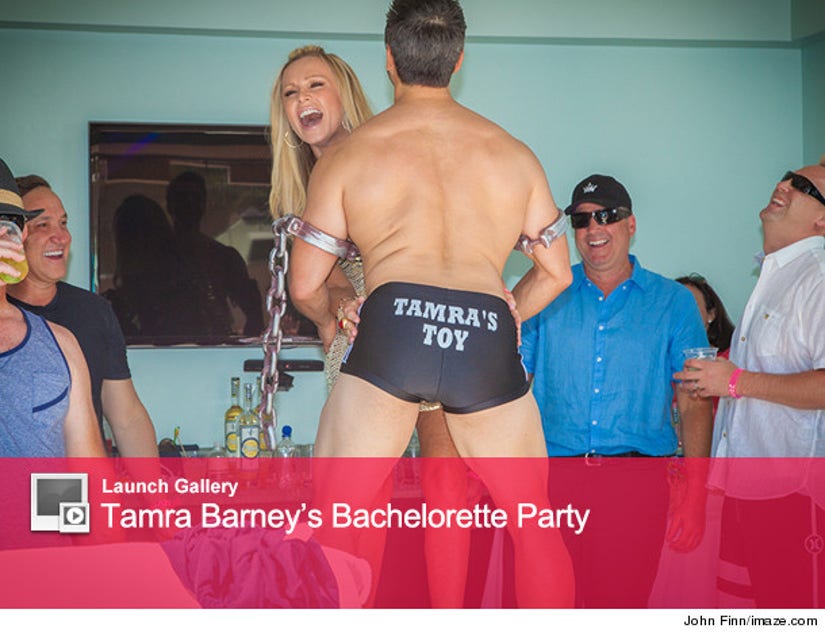