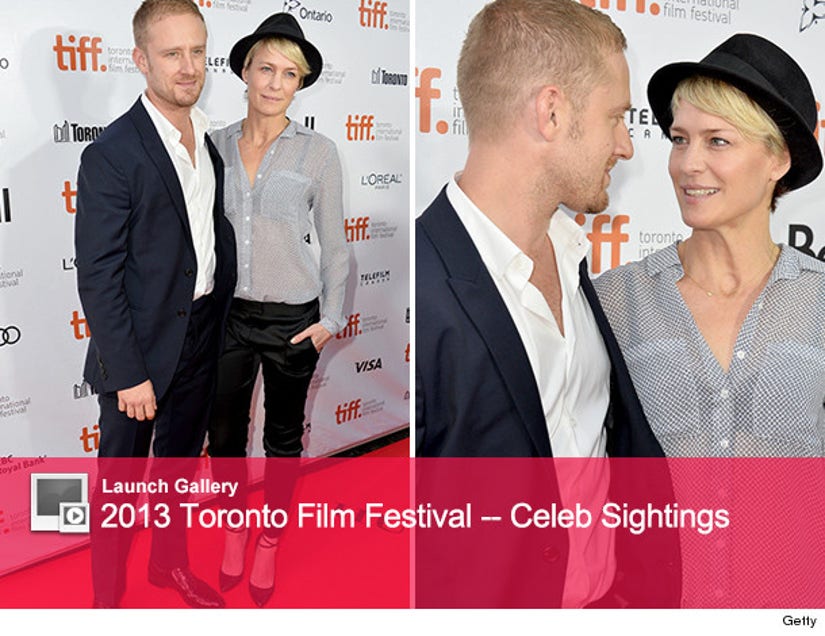 They say age is only a number ... right?

On Tuesday, Ben Foster and girlfriend Robin Wright arrived at the "Kill Your Darlings" premiere during the Toronto Film Festival in Canada.

Foster and Wright packed on the PDA for photographers, as they posed for photos together and lovingly looked into one another's eyes.

At one point, it even seemed like Foster was whispering sweet nothings in Robin's ear.

Ben directed "Kill Your Darlings," so we're sure he wanted his "Princess Bride" girlfriend by his side for the screening.

The 32-year-old actor looked dapper for the premiere wearing a navy suit with a white shirt. The 47-year-old actress went for a more edgy style and sported a black fedora, a sheer grey blouse and black fitted slacks.

In an interview with Esquire magazine, Penn admitted that he was blindsided by the divorce.

"There is no shame in my saying that we all want to be loved by someone. As I look back over my life in romance, I don't feel I've ever had that," Penn revealed.

Hopefully, Robin's happier with Ben than she was with her ex. What do you think about their premiere PDA?

Tell toofab in the comment section below, and click "Launch Gallery" above to see more celebrity sightings from the Toronto Film Festival!