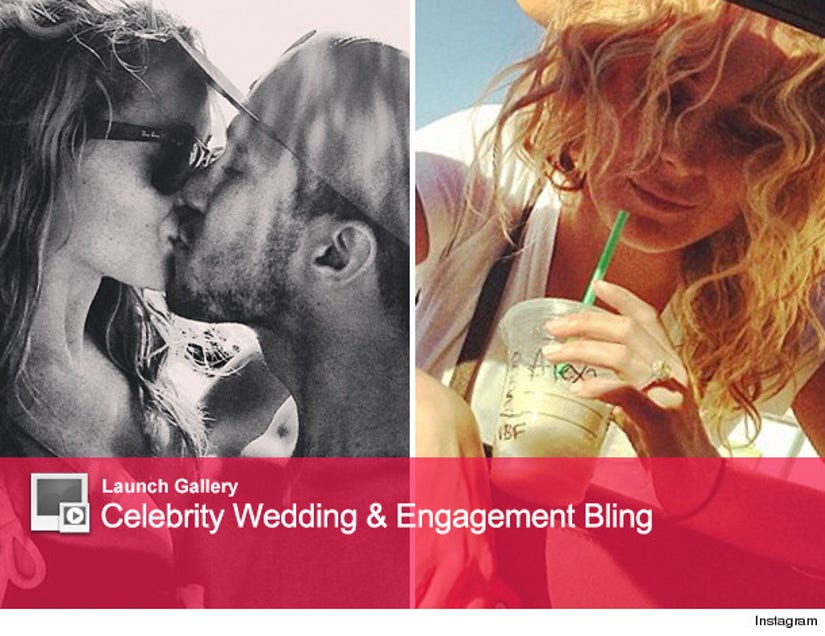 Alexa Vega recently got engaged to Carlos Pena. Only toofab has the details of their proposal -- and it was Big Time!

Sources close to the situation tell toofab exclusively that Carlos proposed to Alexa on a cruise ship, in front of his Big Time Rush bandmates and her sister.

The canary diamond ring was custom-made, Carlos worked with a jeweler on the sparkler, which you can see above.

It's the first marriage for the 24-year-old pop star, and the second for the 25-year-old actress. Alexa was previously married to producer Sean Covel from 2010 to 2012.

Check out more celebrity engagement rings by clicking on the "Launch Gallery" above.