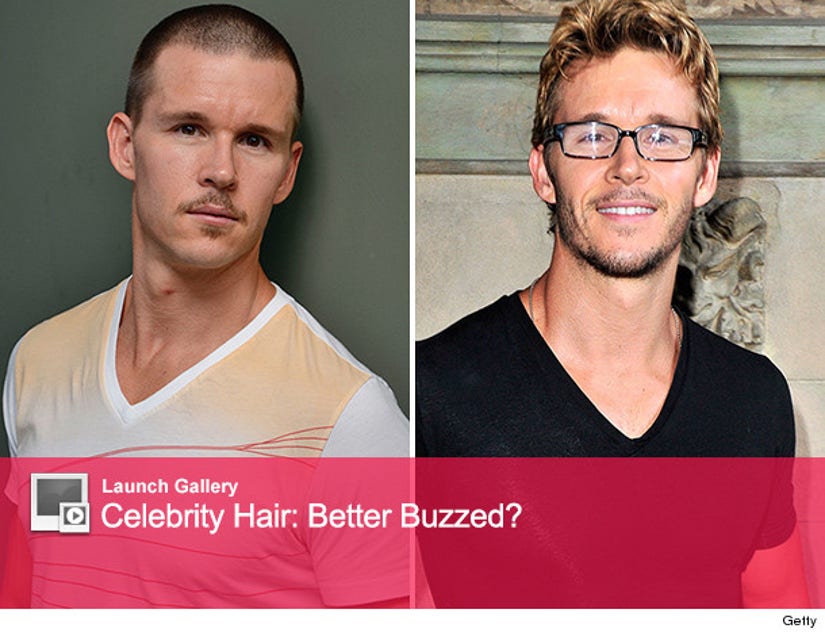 Another "True Blood" hunk has cut his locks!

Ryan Kwanten, who plays the dim but incredibly sexy Jason Stackhouse on the HBO show, showed up the Toronto Film Festival this week with a brand new buzz cut.

Kwanten, 36, was also rocking a mustache while he posed for portraits.

The cut may have be for a Viking movie he's currently filming, where Ryan plays a Christian monk. He also has a couple other films lined up for 2014.

The big question here though: What do you think of the look?

Like his costar Joe Manganiello's new, clean-shaven and shorn appearance, we're not loving the big change. Yeah, he's still hot ... but we miss those golden locks!