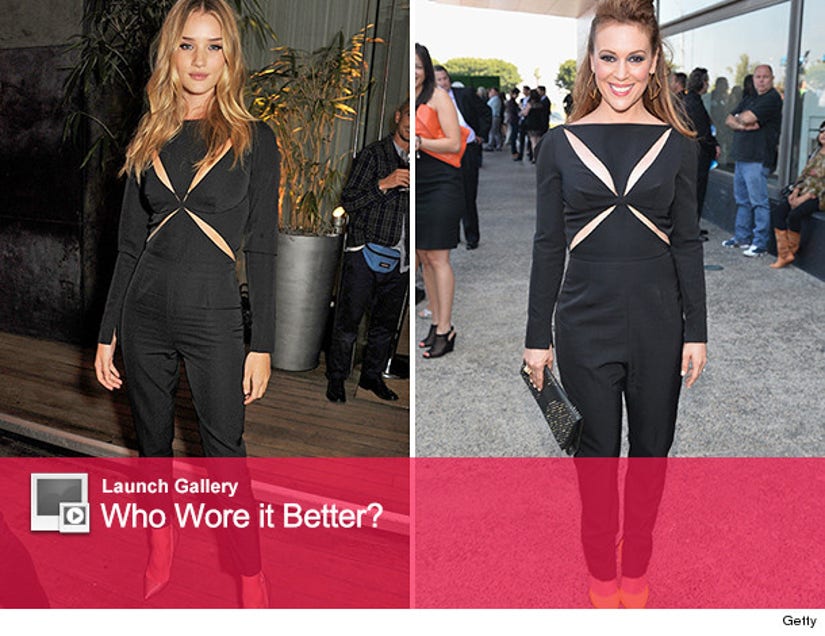 It's two sexy starlets, in the same Stella McCartney jumpsuit.

What looks at first glance to be a basic black suit actually has strategically placed cut-outs.

Actress Alyssa Milano wore the same suit back in August at the Young Hollywood Awards. Unlike Rosie, Alyssa wore her hair half up, and added a punch of color with yellow Marissa Webb pumps.

So, who's the boss of this look?

Alyssa looks great, but Rosie gets our vote. When you're 5'9" and supermodel svelte, you can pull off an outfit like this. Alyssa's pants were a touch too long, and the jumpsuit appeared to be pinching in some areas.

Click on the "Launch Gallery" above to cast your vote, and weigh in on more celebrity fashion face-offs.