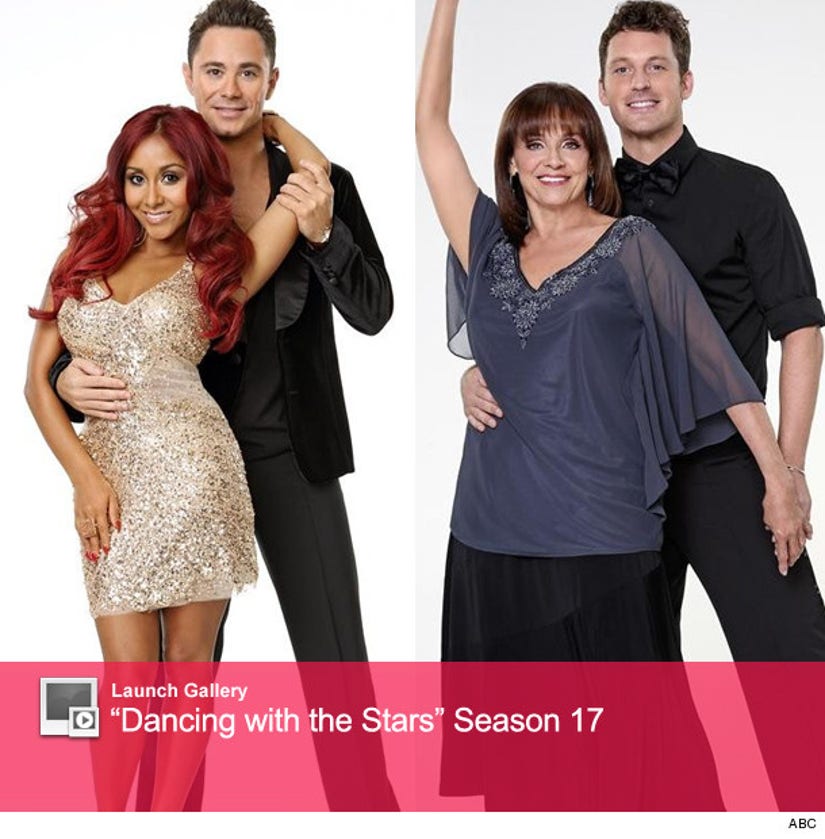 Season 17 of "Dancing With the Stars" premiered Monday night and one couple danced their way into the record books with a near-perfect score!

Their score of 27 tied for the highest first week score in the show's history -- Olympic champion Kristi Yamaguchi and Mark Ballas got the same numbers in their debut back in Season 6 and would go on to win.

Check out their impressive dance to Little Mix's "Wings" below:

Although she performed dance routines on "Glee," Amber wasn't considered one of the frontrunners. WIth their past experience, Corbin Bleu and Elizabeth Berkely were expected to place high. They're tied for second place with their respective professional partners, scoring 24/30.

Nicole "Snooki" Polizzi had a very respectable dance, tying for 3rd with a score of 23/30. Watch her and Sasha Farber perform the cha-cha-cha to "Wild One" by Flo Rida:

On the bottom of the scoreboard was Bill Nye and Tyne Stecklein, whose clumsy cha-cha-cha netted them only 14/30 points. Check out the rankings below:

Who do you think will win "Dancing With The Stars?" Tell toofab in the comments below!