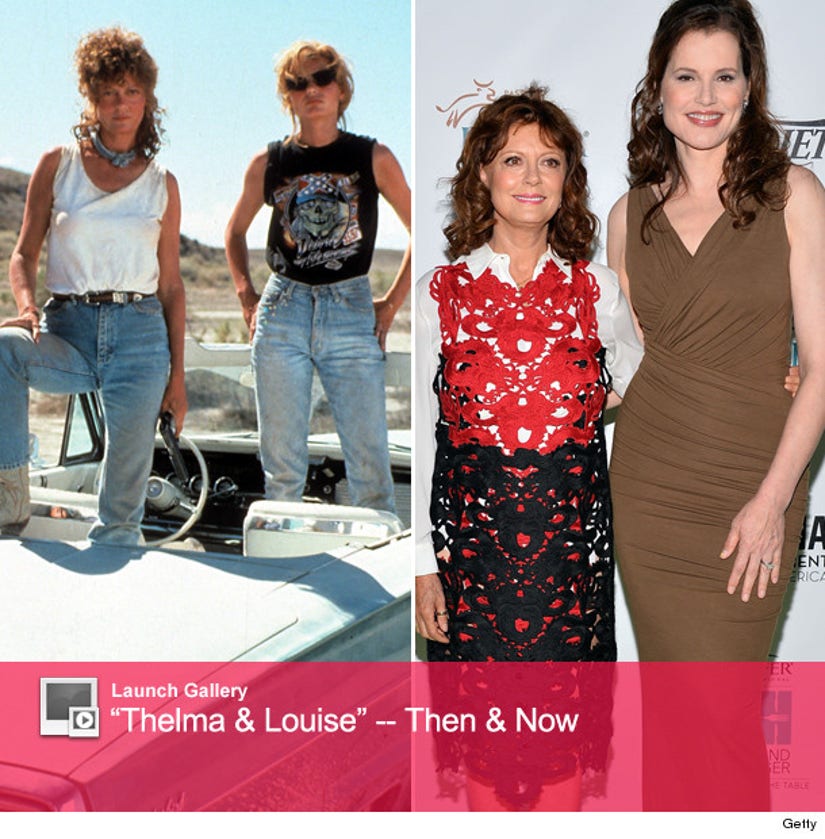 If "Thelma & Louise" hadn't driven off the edge of the Grand Canyon back in 1991, this is what they'd look like today!

The two title stars of the classic flick reunited at Heifer International's Beyond Hunger: A Place At The Table gala at Montage Beverly Hills, 22 years after the movie's release.

And we gotta say, they both look pretty great!

Geena Davis, 57, towered over 66-year-old Susan Sarandon at the event, where they posed for photos together on the red carpet.

While it's great to see these two together again, we kinda wish Brad Pitt was there too. The film was one of the actor's first big breaks in the biz and would go on to star in "A River Runs Through It" the following year.

Check out the gallery above to see how everyone else in the cast has aged -- who do you think looks the best?