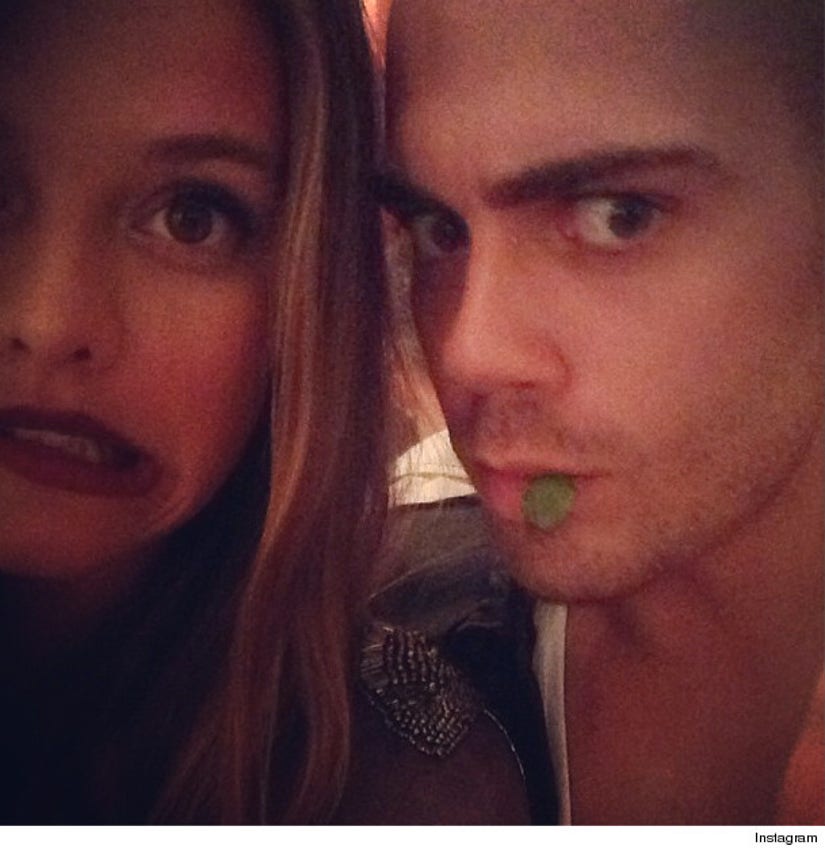 It's "Game On!" for Max George and Nina Agdal!

Sources tell toofab that The Wanted stud and the Sports Illustrated Swimsuit model -- who dated earlier this year -- are together again.

Nina was briefly linked to Maroon 5 frontman Adam Levine in May, right before he got engaged to Behati Prinsloo. He reportedly told Nina about his engagement via text message!

Max was linked to Lindsay Lohan in the past and even named her as his celebrity crush back in May on "Watch What Happens Live."

But we've learned they've happily moved on with each other. The two have even been tweeting cute messages back and forth like crazy lately -- and sharing photos like the one above.

So, I guess it's obvious now … 🙈 thanks to everyone who is being so lovely. I'm so happy ❤️ #butweareterrified #pleasedontkillme #orariana

we hesitated saying anything as people can be a bit insensitive but thank u ♡ we value all of your happiness, thank you for valuing ours 💕:)