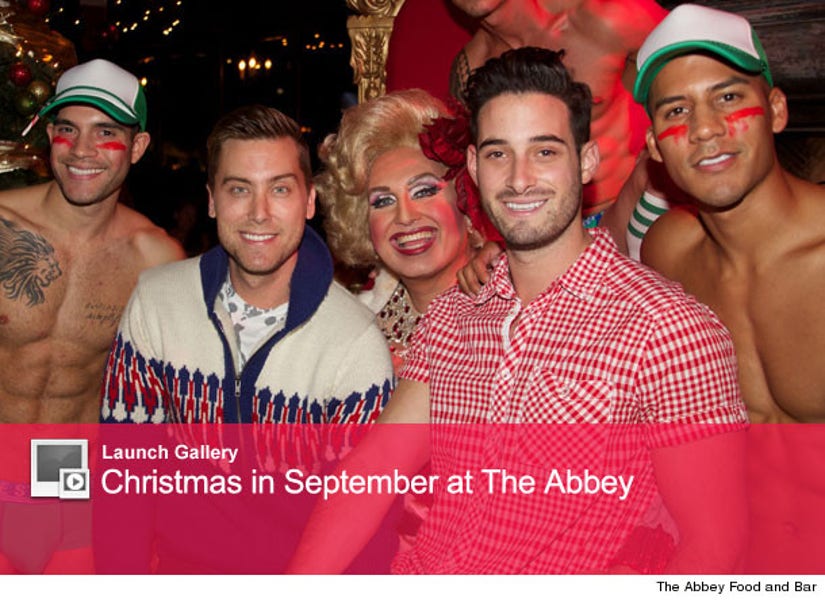 Miley Cyrus and Britney Spears have both been making headlines lately, and few people are more qualified to weigh in on them more than Lance Bass.

The *NSYNC singer hit the stage after Miley's now infamous MTV VMAs performance, and used to tour with Britney back in the day.

toofab's Lawrence Yee caught up with Lance at the Christmas In September benefit at The Abbey, where he dished on Miley's controversy and Britney's new Las Vegas gig. As a bonus, Lance retells the sweet story of how he proposed to new fiance Michael Turchin:

"It's brilliant," Lance says of artists like Britney who are taking residencies up in Sin City. And asked if he would do an *NSYNC show in Vegas, his response was "hell yeah!"

But for now, California is the boybander's home. He literally just moved back to Hollywood to work on three TV pilots and continue his SiriusXM Radio Show. And of course, there's the wedding to plan.

One thing's for sure, the newly engaged couple want kids. "Definitely! We both come from families that put family is first. I think he'll be the best dad in the world," Lance gushed about Michael. Awww!