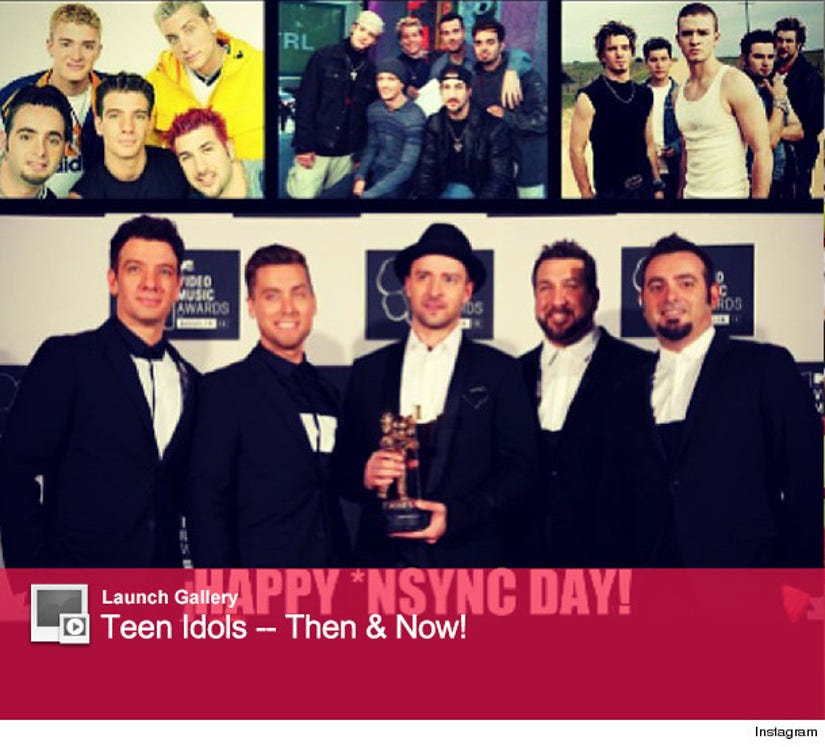 *NSYNC is now a legal adult -- because today they turn 18!

It seems like just yesterday we watched Justin Timberlake, JC Chasez, Chris Kirkpatrick, Joey Fatone, and Lance Bass belt fan favorites like "I Want You Back" and "Tearin' Up My Heart"!

The boy band was one of the most successful groups of the '90s and '00s, performing during the World Series, the Super Bowl and the Olympic Games at the height of their success.

In 2002, the pop stars announced they would be taking a brief hiatus, which became permanent.

Since the group disbanded, Justin went solo and recently put on one heck of a performance at the 2013 MTV Video Music Awards.

The group briefly reunited at the VMA's for a one-time medley of "Girlfriend" and "Bye Bye Bye" to celebrate Timberlake's musical achievements.

Lance posted his excitement about the group's milestone b-day on Twitter today -- and shared the above photo.

FYI, the rest of his quote reads: "Our dysfunctual family is pretty kick ass." We concur!

While there's still no plans for any future collaborations, we're still hoping the guys will reunite again.

Were you a fan of *NSYNC or Backstreet Boys? Tell toofab below, and click "Launch Gallery" above to see more teen idols then & now!