"If you're gonna make people talk, you want to make people talk for two weeks, not two seconds" the pop star said of her now infamous performance at the 2013 MTV Video Music Awards.

Well, going on five weeks later, the media -- including toofab -- is still talking about her.

A documentary called "Miley: The Movement" aired Wednesday night on MTV (naturally). Touted as Miley's first post-VMA interview, the special followed the pop star as she prepared for the VMAs.

And as we all as suspected, her outrageous onstage behavior was all devised to "make history" (her own words) and of course, make headlines. Here's how Miley reacted to all the attention:

"We've been laughing about all the news because everyone else is so serious," Miley explained. "While you guys are worked up and frazzled, I'm chilling. I'm onto the next one, I forgot about the performance. That's so behind now!"

Still, Miley says she could've pushed the limits even more.

"I'm very comfortable with my sexuality. I like pushing the boundaries," the 20-year-old explained. "If I really wanted to do a raunchy sex show, I wouldn't be dressed like a damn bear."

While Miley downplayed the sexuality in her performance, she reveals she was inspired by another provocative pop star -- Britney Spears -- and her 2002 VMA lip-lock with Madonna.

"For me that's when I got into music. I want to give people that again ... performances you can't believe," Miley said.

Even though showmanship and creativity drove Miley, the two quotes from the beginning and end of the documentary summarized what her bottom line was all along:

Has Miley's hard work paid off? Tell toofab in the comments below! 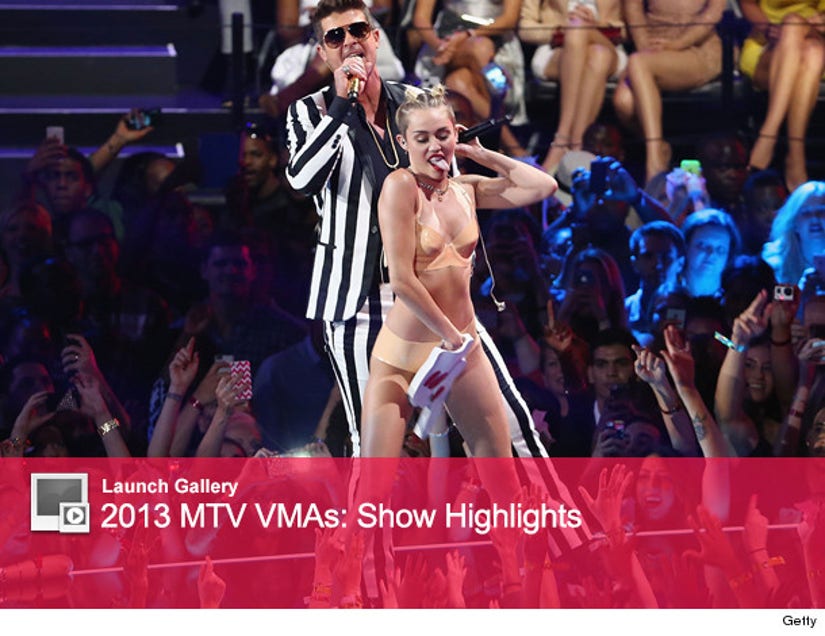