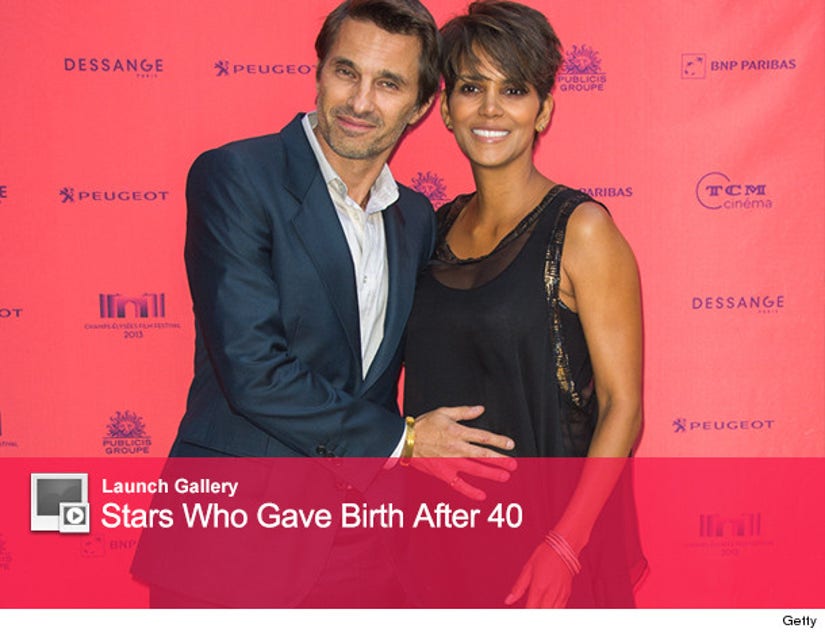 The "X Men" star announced she was expecting her first child with Olivier back in April. This is the second child for the 47-year-old -- who has a 5-year-old daughter, Nahla, with her ex-boyfriend, model Gabriel Aubry.

Last November, Olivier and Gabriel got into a heated exchange outside of her home ... which left her ex heavily injured and in need of medical attention. Neither of the men were charged, and it's believed that Aubry instigated the fight.

Things have finally settled down for the actress, and in July Halle and Olivier tied the knot in Paris. We're sure they are so thrilled that their little guy is finally here -- congrats to the happy couple!

Click "Launch Gallery" above to see even more stars who've gave birth after 40!