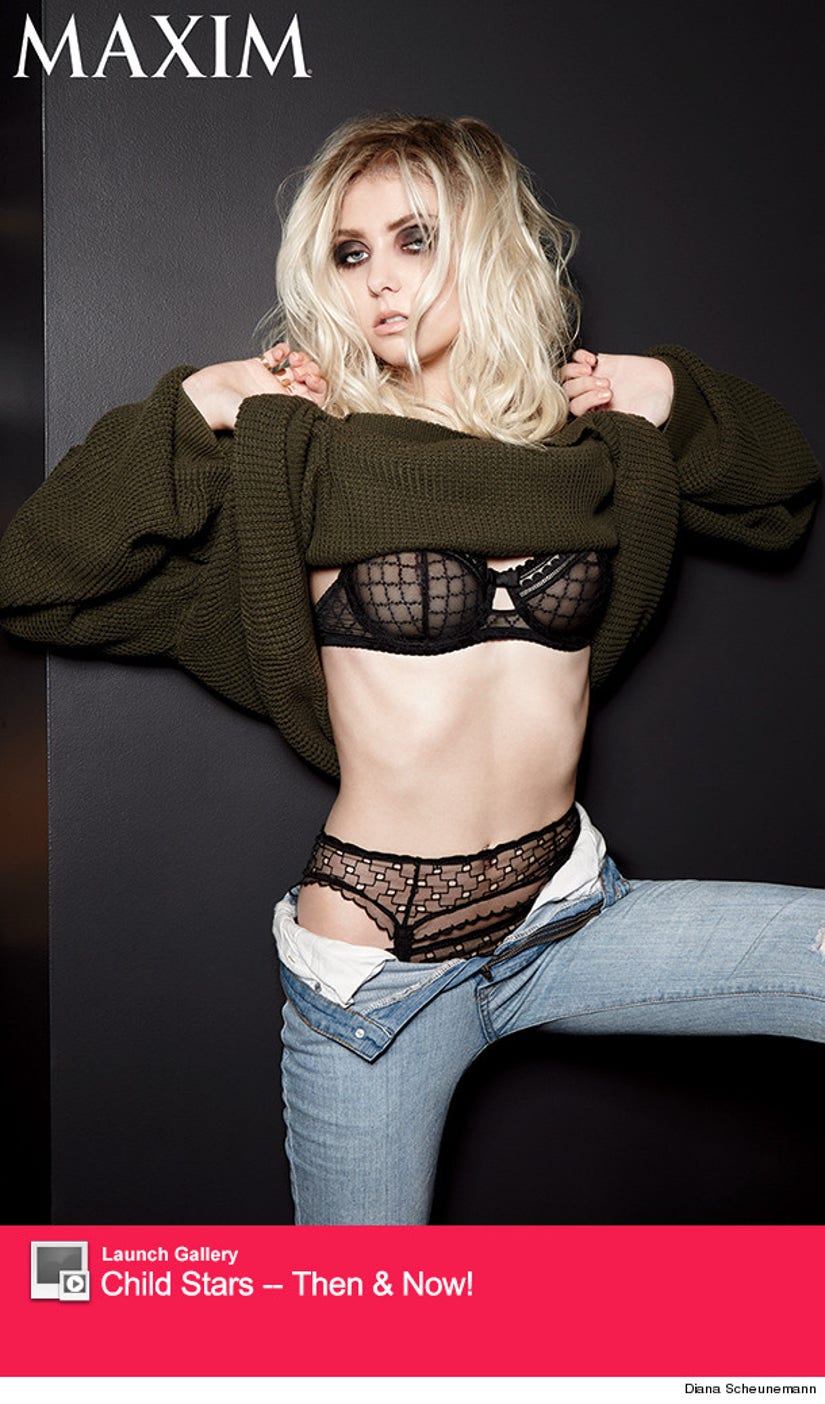 What would "Gossip Girl" say?!

Taylor Momsen was spotted flashing the camera in the November issue of Maxim magazine, showing that she's come a long way from playing "Little J" on the CW show.

"I was 12 when I signed on to 'Gossip Girl,' and since then I've had two records [with band The Pretty Reckless], toured with Guns n' Roses…I mean, it feels like a different world," she says of her surprising transformation.

Considering some of her on-stage outfits, this the magazine spread is actually pretty tame for the 20-year-old ... who often bares some serious skin during her concerts.

"We've literally had parents call the cops during our shows reporting that it's inappropriate for their child," she says of her performance antics.

See more from Taylor when the November issue of Maxim hits stands on Oct. 14th.