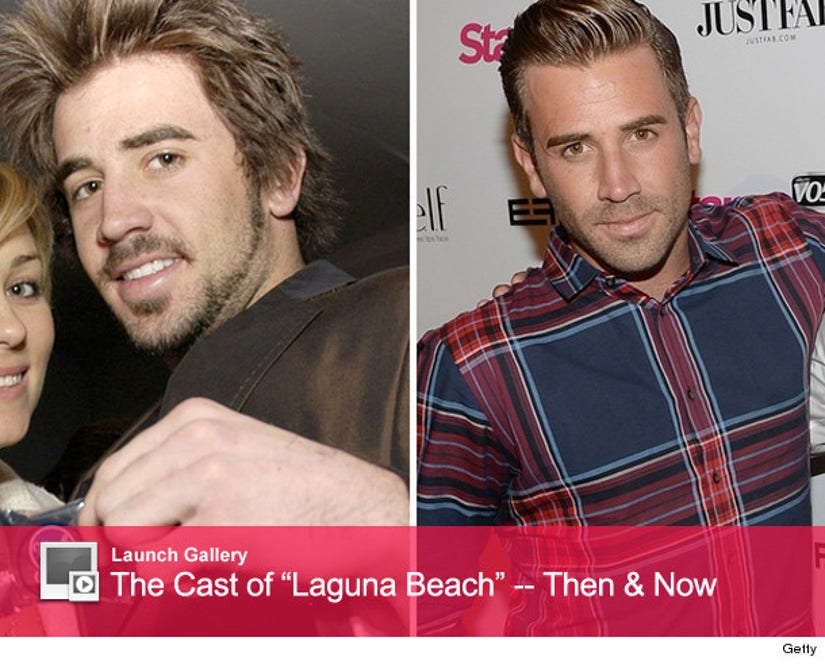 Jason Wahler is not just a married man, he's a changed man!

The former star of "Laguna Beach" and "The Hills" just wrote a piece for The Huffington Post about a photo he first saw of himself on toofab, showing how different (and how much healthier) he looks these days.

We re-posted the pic above.

"On the left, I was clearly bloated from all the alcohol I was drinking on a regular basis. I was clearly emotionally disconnected," he says. "On the photo to the right, I almost look like a different person. My entire outward appearance has changed -- I now take pride in how I look, and live a healthy lifestyle that is reflected in my physicality."

In his blog, he opens up more about his demons.

"I knew that 'Laguna' and 'The Hills' weren't the source of my addiction, but the overnight success, fame and cash ignited my addiction much quicker," he continues.

"I was so uncomfortable in my own skin that I contemplated suicide a number of times, and even attempted it once," he reveals. "I took 10 times more antabuse than I was supposed to in an effort to take my own life, but was saved after being rushed to the hospital and receiving treatment for my overdose."

He says that frightening incident was 4 years ago and he's been sober for three. He went on to get help from Dr. Drew Pinsky, joined AA and started working with Northbound Treatment Services to help other people get sober.

He credits his new wife, Ashley Slack, with "shaping who I am today."

We're really proud of Jason and his accomplishments -- and yes, he looks so much better now!

Check out the gallery above to see what happened to the rest of your favorite "Hills" and "Laguna Beach" stars.