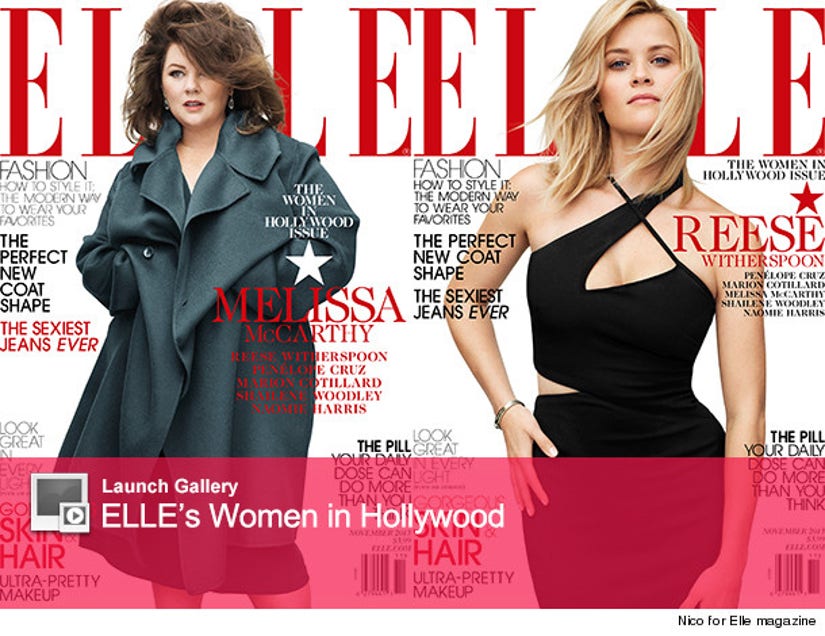 Why are people so upset about Melissa MCarthy's latest Elle cover?

Elle Magazine released several different covers for their annual "Women in Hollywood" issue -- but there's been a ton of criticism about "The Heat" star's particular photo.

While we think McCarthy looks stunning (and we especially love that Marina Rinaldi coat!) -- critics are slamming the high fashion mag for covering up Melissa ... but none of the other actresses.

But Melissa wasn't the only actress not showing skin for the shoot -- Penelope Cruz, who recently gave birth, isn't flaunting her curves either. On Cruz's cover all you see is a shot of her gorgeous face.

See all the covers and photos from the new issue in the gallery above to compare.

The backlash was so bad that Elle released a statement about Melissa's cover: "On all of our shoots, our stylists work with the stars to choose pieces they feel good in, and this is no different: Melissa loved this look, and is gorgeous on our cover. We are thrilled to honor her as one of our Women in Hollywood this year."

This isn't the first time the actress has been thrown in the line of fire for her photos. While promoting "The Heat" with Sandra Bullock, people were outraged when a slimmer Melissa appeared on the movie poster, which led many to believe she was heavily Photoshopped.

Nevertheless, we think the 43-year-old looks fabulous on the November issue of Elle -- she rocks that coat and the cover!

What do you think of McCarthy's Elle cover? Tell toofab in the comment section below, and make sure to pick up a copy of the "Women in Hollywood" issue of Elle on stands November 22!