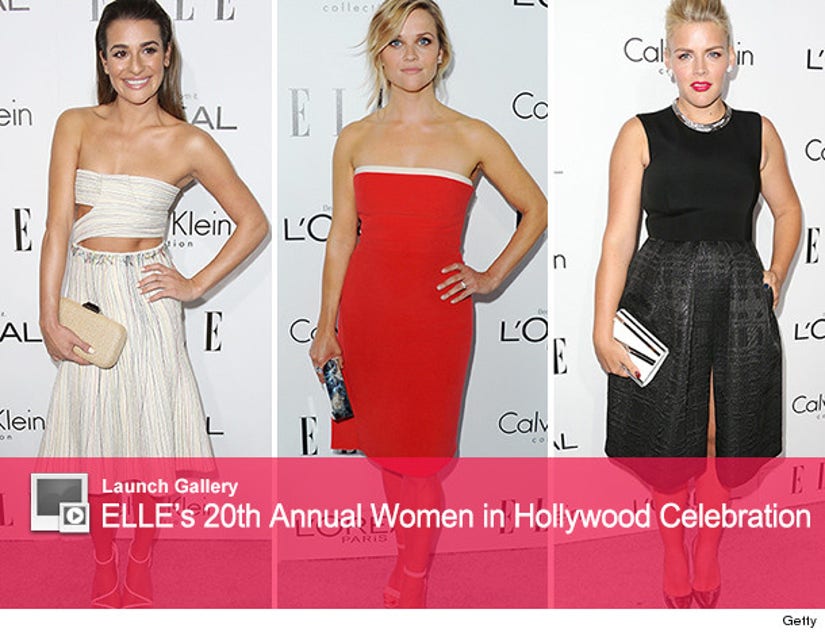 Elle's 20th Annual Women in Hollywood was a star-studded celebration!

Film and TV's biggest stars flocked to the Four Seasons Hotel in Los Angeles on Monday -- where Lea Michele made her first red carpet appearance since the tragic death of boyfriend/"Glee"costar Cory Monteith.

Sporting a brave face, slicked back hair and a cutout dress, Lea looked thinner than ever.

Reese Witherspoon also stopped by the mag's party, looking gorgeous in a red dress. She was later seen chatting the night away with BFF "Chelsea Lately's" Chelsea Handler.

And Busy Philips -- who gave birth in in July -- debuted her post-baby on the red carpet. She looks pretty great, right?