While many "Real Housewives" stars undergo plastic surgery to increase their cup size, one "New Jersey" star *decreased* hers.

"I've been getting asked for a before and after of my breast reduction! Here it is! I can't thank @Dr_Zubowski enough," she wrote, crediting the surgeon that took her from a G cup to a C cup. Check out the results below: 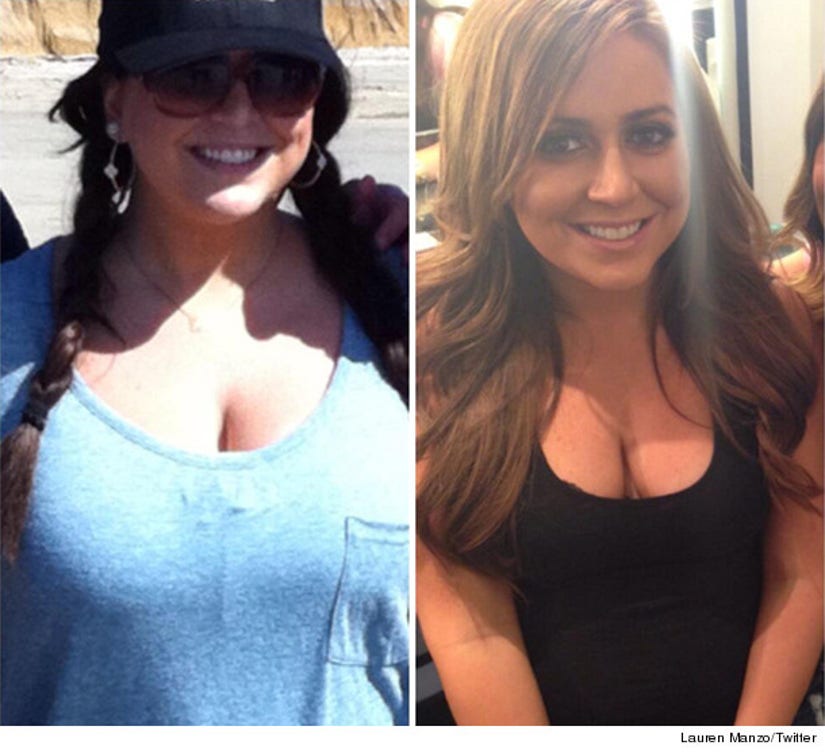 This isn't the first cosmetic surgery procedure the sole Manzo daughter has undergone.

Lauren underwent Lap-Band surgery in September 2011 after a longtime battle with her weight.

Of course, nip/tucks are common with among the "RHONJ" cast. Lauren's mom Caroline admitted getting a tummy tuck, and sisters-in-law Teresa Giudice and Melissa Gorga both had their breasts enhanced. Check out even more "Real Housewives" cosmetic surgery confessions below: