The official photo from Prince George's christening was just released. 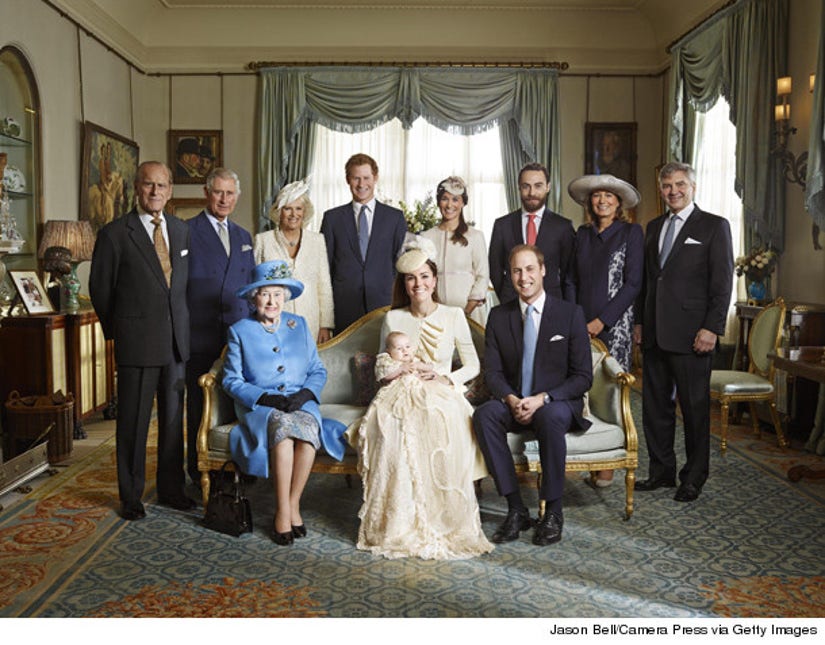 Duchess Catherine is holding the young tot, flanked by Queen Elizabeth and her husband, Prince William.

Just look at all that lace from George's gown! 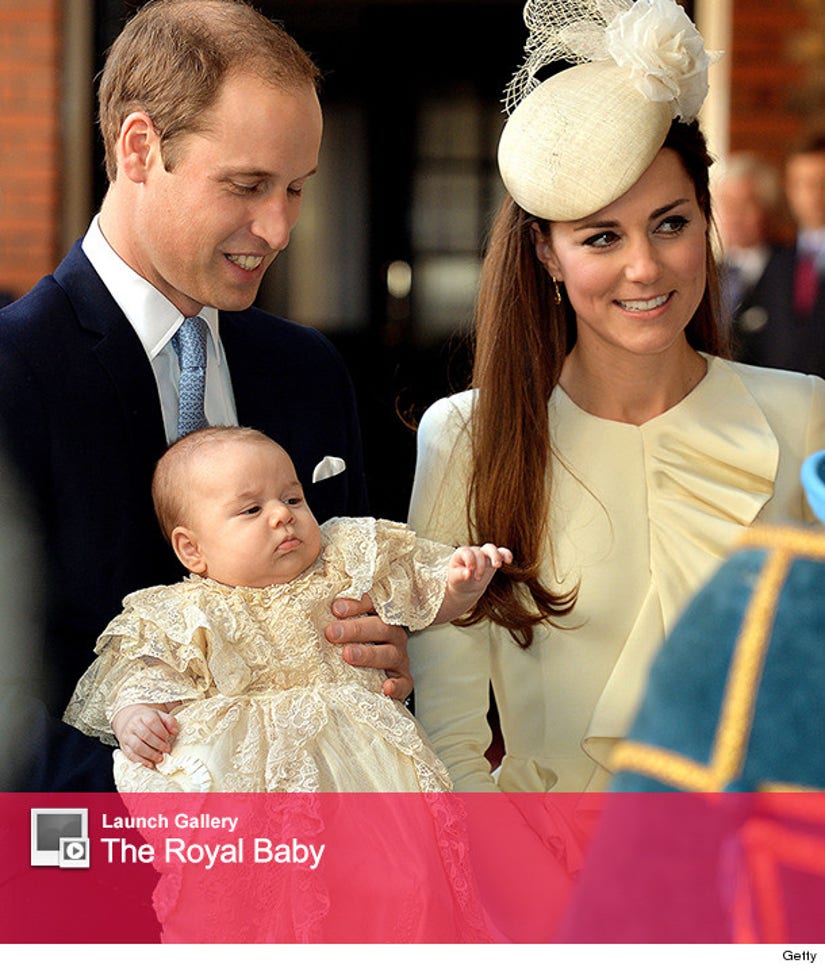 It's a big day for the Royal Baby!

Prince George just arrived at Chapel Royal in St. James's Palace in London for his christening, where we got a new glimpse at Prince William and Duchess Catherine's adorable baby boy.

The 3-month-old baby was seen wearing a hand made replica of the Royal Christening Robe, made by Angela Kelly, Dressmaker to The Queen.

As for Prince George's parents, Kate looked gorgeous in a cream outfit from Alexander McQueen -- and was sporting a matching fascinator. William wore a crisp navy blue suit and light blue tie.

The baptism has a very exclusive guest list, as only 22 people were invited to the ceremony -- including Queen Elizabeth and Prince Philip, Prince Charles and Duchess Camilla, Prince Harry, Pippa Middleton, Kate' brother James and her parents Michael and Carole Middleton.

Doesn't Prince George look just like his dad when he was a baby? 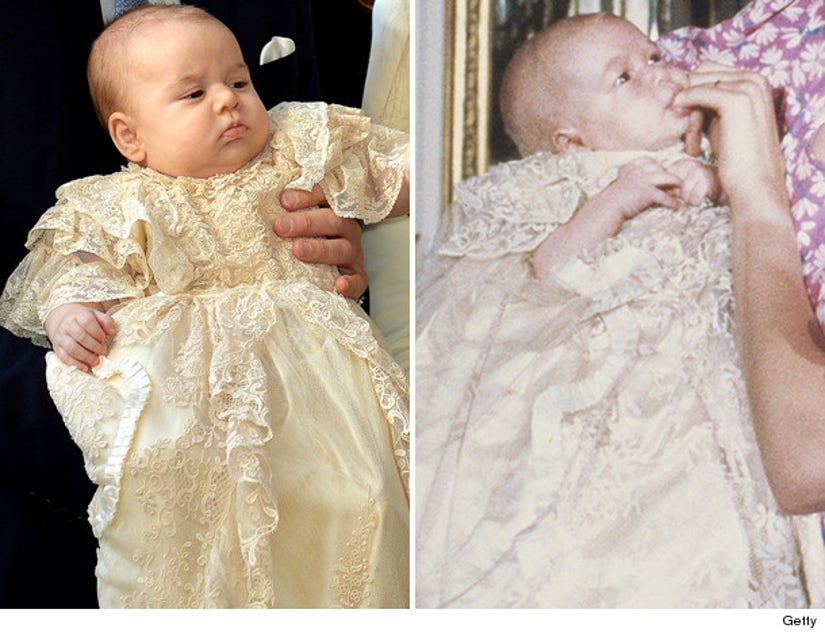 Following the event, guests will be served slices of "christening cake," which is a tier taken from William and Kate's wedding cake.

Check out more photos of Prince George above -- isn't he cute?!