For a show that's known for its out-there moments, last night's episode of "American Horror Story: Coven" was one of the most shocking hours of television ever.

Minotaur sex, incest and murder were all on the menu for the episode, titled "The Replacements."

Keep reading for the 5 Biggest WTF Moments from Wednesday's show. Spoilers below! 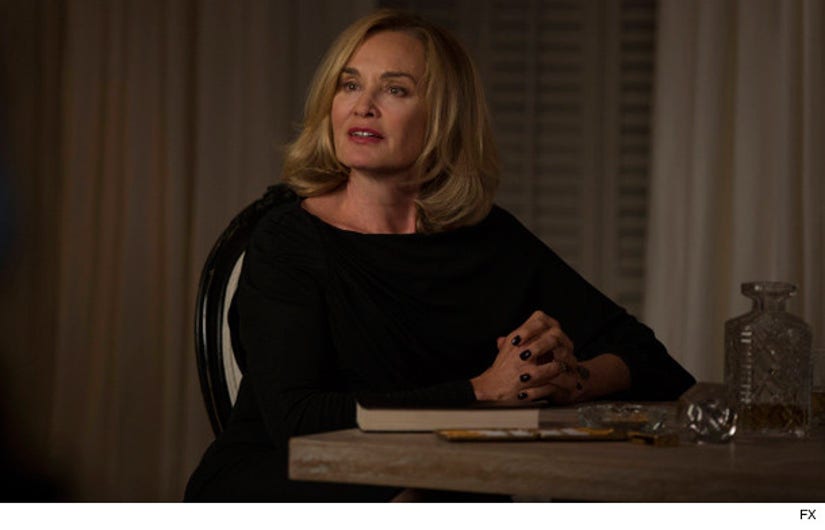 We saw Fiona (Jessica Lange) take out two powerful witches last night -- and at least one of them was another Supreme!

The episode opened in 1971, with a much younger Fiona trying to prove to the previous Supreme that she's next in line. "I'll see you burn in hell first," the old woman said -- before Fiona slashed her throat, killing her.

By the end of the episode, the tables were turned. In the present day, Fiona's own powers have been diminishing because a new Supreme was starting to come to power. The head witch in charge noticed Madison's (Emma Roberts) powers were getting stronger -- and slit her throat to keep her away from the throne.

This situation brought us the best line of the night: "This coven doesn't need a new Supreme, it needs a new rug." Cut to Madison bleeding out all over the floor.

Do you think Madison is really dead? Or just a little dead like Kyle and Misty Day? 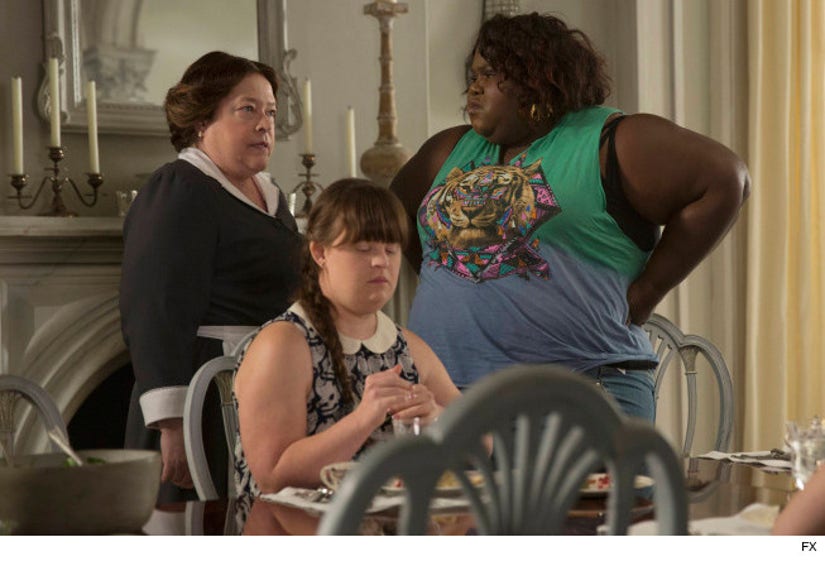 Queenie (Gabourey Sidibe) and Madame Lalaurie (Kathy Bates) aren't getting along too well, due to former slaveowner's horribly racist and horrific backstory.

But when Marie Laveau (Angela Bassett) sent a minotaur to Miss Robichaux's Academy for Exceptional Young Ladies to take out the unearthed Lalaurie, Queenie stepped up to defend her.

Instead of using her human voodoo doll powers on the beast though, Queenie took him into a shed and then had sex with him. Yep, sex with a minotaur ... that had to be a TV first. 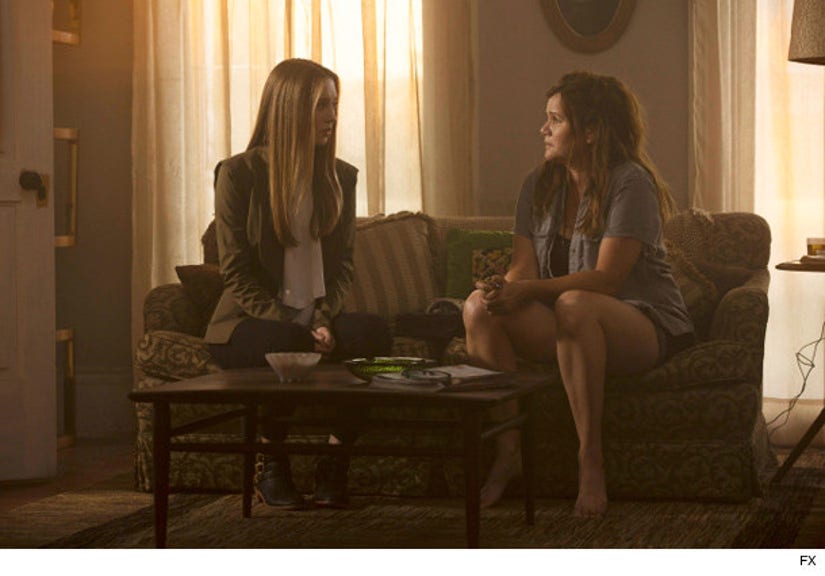 And if you thought the minotaur sex was disturbing ... this was even more uncomfortable.

After bringing Kyle (Evan Peters) back to life, Zoe (Taissa Farmiga) dropped her undead boyfriend off at his mom's house in an attempt to help her get over her grief and give him a normal existence.

Unbeknownst to Zoe, Kyle's mom is a horrible rapist who sexually assaulted her son for years ... and continued to throw herself at him once he returned to her. She knew something was off about her boy though -- telling him "I know your body Kyle, and this, it's different. You're different!"

When she tried to seduce him again, he snapped and beat her to death with a trophy. 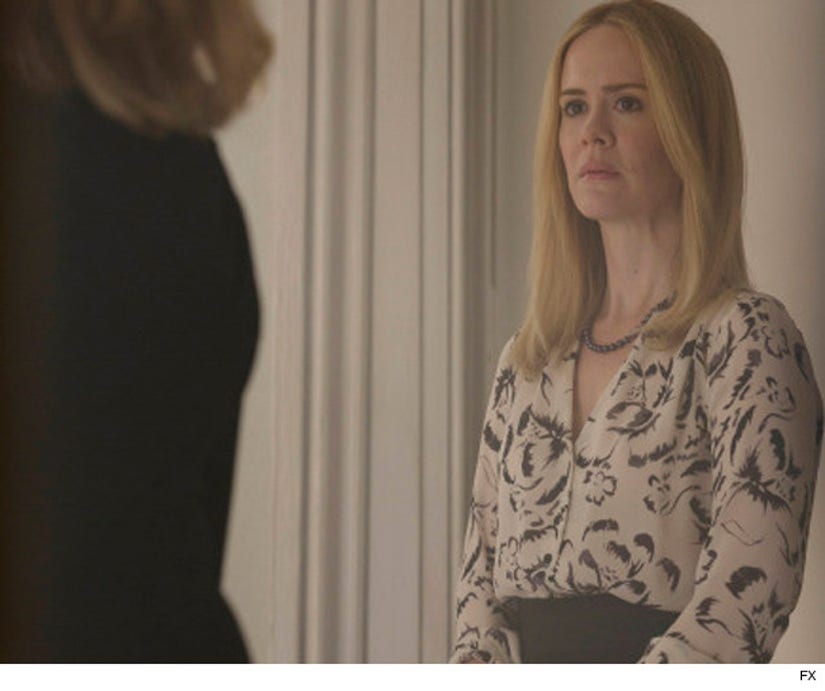 We got to see how the ritual would go down if Marie actually did it for her ... and it was freaky.

A jar of her man's little swimmers was placed on a fire as Laveau and her followers chanted around it. Cordelia was seen laying down bottomless on the ground, as a goat's throat was slashed over her lady bits.

It was a gross visual and one that will never come to fruition. "You were born into the wrong tribe, you the daughter of my sworn enemy," Marie cackled, as Cordelia cried a single tear. 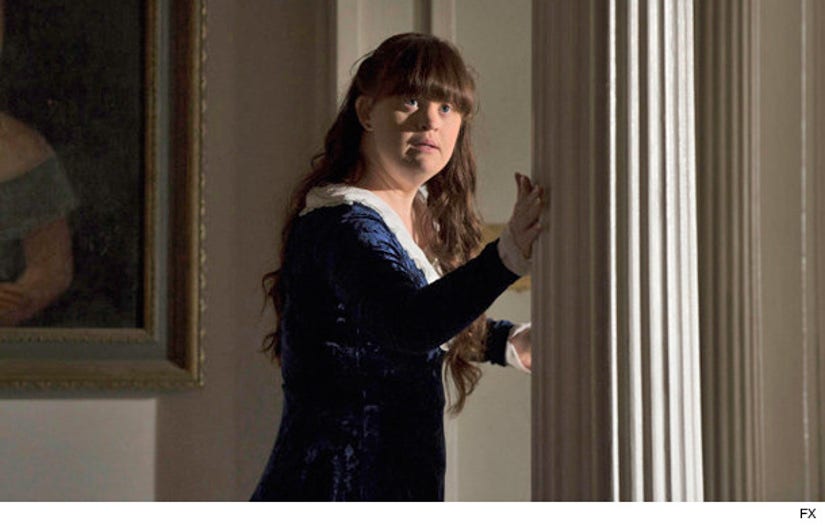 This wasn't shocking, but it was a surprisingly cute addition to an otherwise twisted episode.

Joan Ramsey (Patti LuPone) moved in next door with her hunky son Luke, who took a liking to Nan (Jamie Brewer) right away. Though Madison tried to use her sexuality to catch his attention, he was only interested in talking to Nan -- who brought him yellow cake, his favorite.

"I think she is in many ways the most innocent, kind and trusting and I think he's drawn to those qualities of his own," Murphy said of their budding relationship, which will be explored more in the next two episodes.

So, what did you think of this episode? How much are you loving this season?