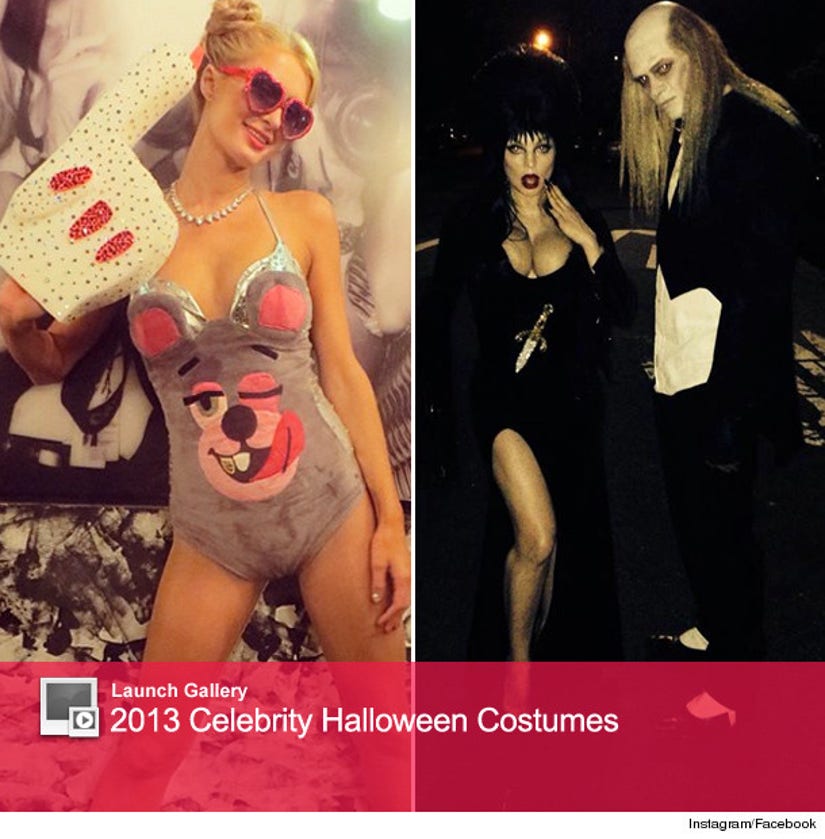 The stars got a head start on Halloween this weekend -- and we've already seen a few awesome costumes ... and a couple of uninspired ones.

Fergie and Josh Duhamel won the weekend, hands down.

The new parents stepped out as Elvira, Mistress of the Dark and Riff Raff from "The Rocky Horror Picture Show." The Black Eyed Pea singer put her mom cleavage on display in her extremely low cut dress -- and she looked HOT.

Fergie Ferg wasn't the only one rocking some serious cleavage. Kelly Osbourne also nailed her Christina Hendricks costume. We think the "Mad Men" star would approve.

And "Glee" star Naya Rivera had our favorite throwback costume, hitting the town in a very sexy version of Carmen Sandiego -- see the pic in the gallery above!

Paris Hilton, meanwhile, was seen wearing the most obvious costume of the year: Miley Cyrus.

Sporting an exact replica of Miley's VMA performance outfit, Hilton gets points for wearing something that would get her the most attention. It definitely worked -- she and Julianne Hough's unfortunate blackface getup are the only costumes people are talking about.

She wasn't the only one to dress as Miley though -- see which other celebs went as the twerk-obsessed singer above.

Other highlights included Cindy Crawford's killer Slash look, Adam Lambert's magic genie at Halloweenie and Lance Bass and his fiance dressing up as Wayne and Garth from "Wayne's World."

Check out all the costumes in the gallery above -- we'll keep updating as more photos come in!