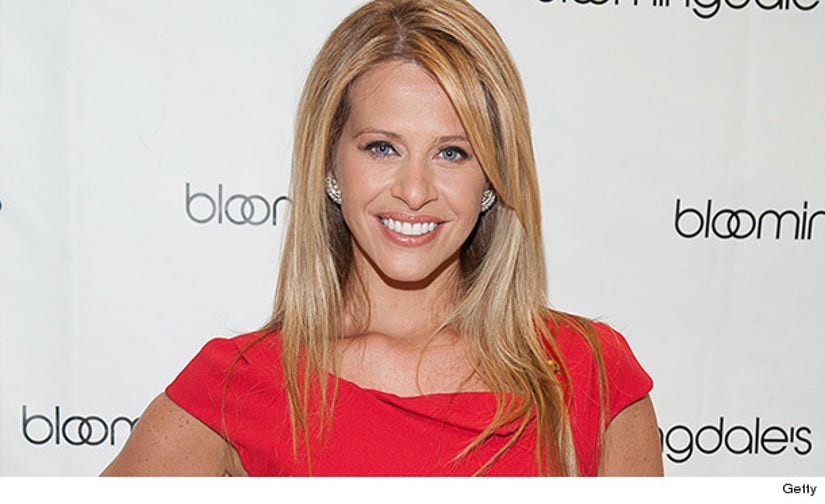 Don't count the Manzos out!

Fans of "The Real Housewives of New Jersey" may be mourning the loss of the family's matriarch, Caroline Manzo, but it looks like Dina Manzo is officially taking her place!

The 41-year-old reality star took to Twitter on Tuesday to confirm that she's back on the Bravo reality series after three-and-a-half seasons out of the limelight.

"Well I guess the (hairless) cats out of the bag. Yes I'm back," she tweeted. "Unlike the past this time it felt "right"~ See you on Bravo my friends xo." (Who could forget her hairless cat Grandma Wrinkles!)

The big announcement comes after Dina's sister-in-law Caroline revealed that she'll be leaving the show to star in her own Bravo spinoff "Manzo'd With Children."

The 52-year-old mother-of-three explained the reason behind her exit in a BravoTV.com blog post. "I'm done. I simply feel that my role has run its course and I have nothing more to give," Caroline wrote.

Dina isn't the only new addition to the fiery cast. Twin sisters Nicole and Teresa Napolitano and their friend Amber Marchese reportedly will be joining the show for the upcoming sixth season.

What do you think of the "Real Housewives" cast shakeup? Will the new cast members create enough drama to save the show?

Tell toofab what you think in the comment section, and click here to check out some reasons why we think "The Real Housewives of New Jersey" should be cancelled!