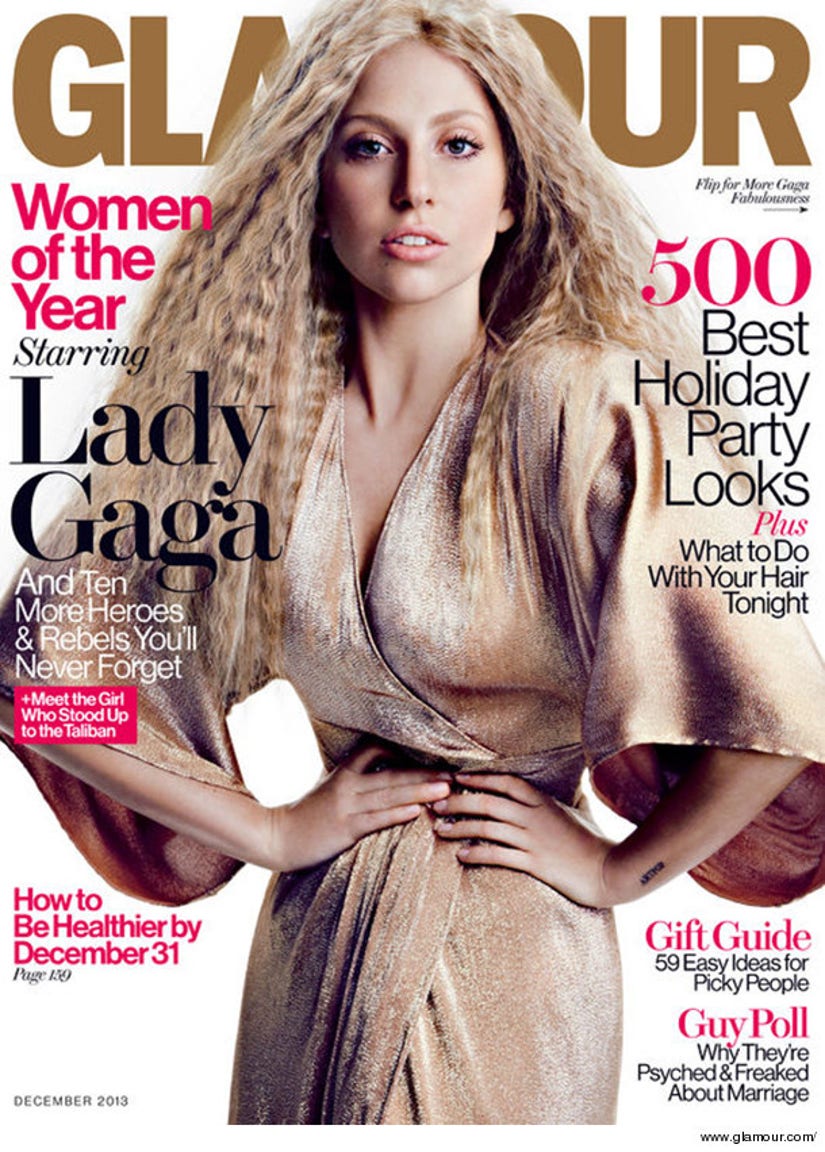 The singer covers the December issue of Glamour magazine for their "Woman of the Year" feature -- and she's sharing intimate details about her personal insecurities.

The pop star opens up to Bravo's Andy Cohen for the cover story, where he asks the "Applause" singer about everything from her music to her body image issues.

"Yeah. I'm confident in who I am," she says. "I've come to a place in my life where I've accepted things that are me, as opposed to feeling pressure to explain myself to people around me. That's just the way I've always tried to be. It didn't change when I became a star."

While she has learned to accept her flaws, the 27-year-old admits that even she feels insecure from time to time -- which is one of the reasons why she wears those crazy costumes.

When Cohen asks the singer if her crazy couture serves as a sort of mask, Gaga gets candid.

"I would say that I am [insecure]. Maybe it's from the things I experienced in my past, you know? Being beautiful is not so fun when you're in a business with all men," she explains.

"It can actually get in the way. So in some ways, the outfits—these creations are because I don't want to face the reality of what people want from a female pop star," she says. "Everybody always laughs because I feel so much more comfortable with, like, a giant paper bag on my whole body and paint on my face. Sometimes I try really hard to take it all off. But inevitably what's underneath is still not a straight edge. And I don't think it ever will be."

The singer -- who admits she's a "tortured soul" -- has publicly battled eating disorders since she was just 15-years-old, too. "Yes. I always have been [conflicted about body image]. And some days are better than others, you know? Some days I feel fantastic."

But Gaga has come to terms with her looks ... and while she doesn't think she's a model, that's not what's important to her.

"If there was some sort of mathematical equation for beauty, I don't know if I would be the algorithm," the musician admits. "I've always been OK with that. I'm not a supermodel. That's not what I do. What I do is music. I want my fans to feel the way I do, to know what they have to offer is just as important, more important, than what's happening on the outside.

It's refreshing to see the pop star be so incredibly candid about her own insecurities. What do you think of Gaga's interview? Tell toofab in the comment section and check out some of her more crazier looks in the gallery below!