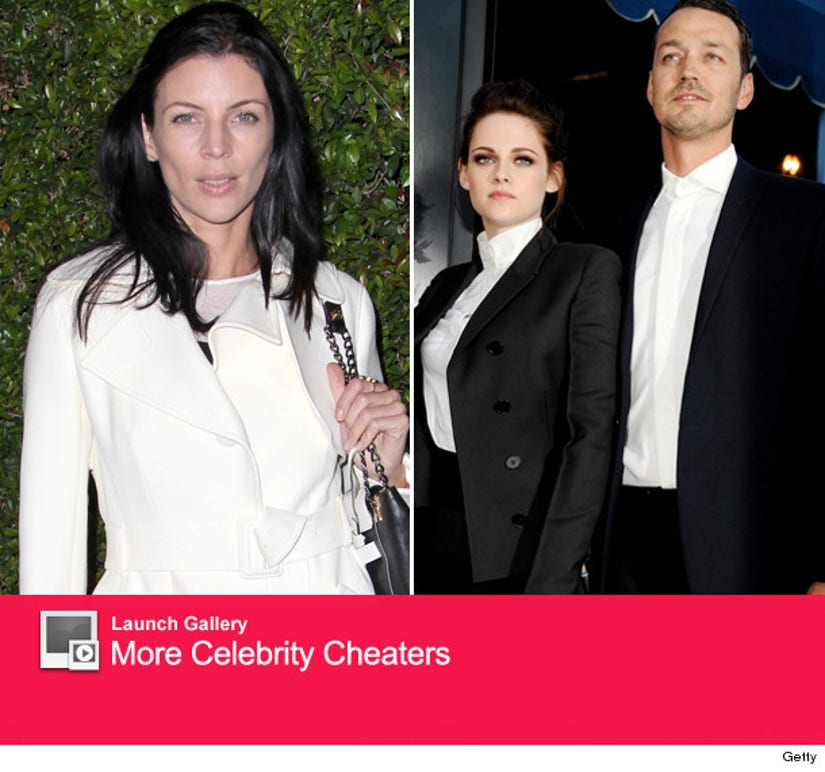 Hard to believe over a year has passed since the explosive Kristen Stewart and Rupert Sanders affair -- and now, finally, we're hearing from the woman caught in the middle of it: Rupert's wife.

"I have no words to describe what we went through," she continues. "But I think, for me, something always has to completely die for there to be a rebirth. And, for me, I feel like I'm going through a rebirth."

Liberty's life changed forever when Us Weekly published photos of the "Snow White and the Huntsman" director having a public make-out session with his film's star.

According to Liberty, she was blindsided -- and her husband only told her about the affair 20 hours before the pics were released.

But now, she admits that things weren't perfect between the two.

"I knew that I wasn't feeling 100 percent right," she says. "I'm going to keep up this amazing [façade], everyone looking at me and Rupert, thinking, 'Oh, wow, you guys have it all'"

"Really, I had times when I felt very lonely, very disconnected from Rupert. We'd lost our real connection," she adds.

Looking back, it doesn't sound like she regrets their past before the affair.

"We were together for 16 years, and that in itself is really beautiful," she says. "And we've created two exceptional lives together."

Recently Ross has been linked to music mogul Jimmy Iovine. Not too shabby, right?

See more celebrity cheaters in the gallery above!