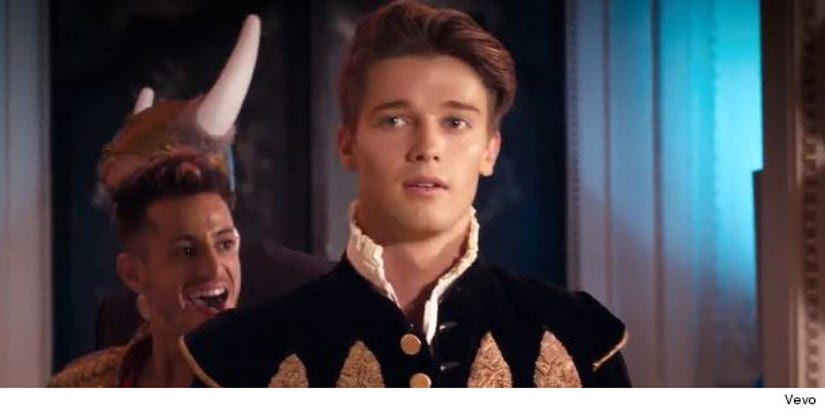 The photogenic son of Arnold Schwarzenegger and Maria Shriver has his highest profile gig to date -- as Ariana Grande's beau in her new "Right There" music video.

The video, which has a masquerade ball theme, depicts Patrick as a party crasher hoping to win over the belle of the ball -- played by Ariana. After some flirting, they get hot and heavy in the pool. Watch:

This video is the 20-year-old male model's biggest gig. He appeared as "Frat Boy Cooper" in the critically panned "Grown Ups 2" earlier this year.

Next year, Patrick will appear in the Kevin Connolly coming-of-age film "Dear Eleanor."

Sure, he's resting on his good looks, but we'll give him a chance. It's not like his father was an award-winning thesp anyway.

Check out more celebrity model offspring in the gallery below!

For more from Ariana's "Yours Truly" album, head over to iTunes!