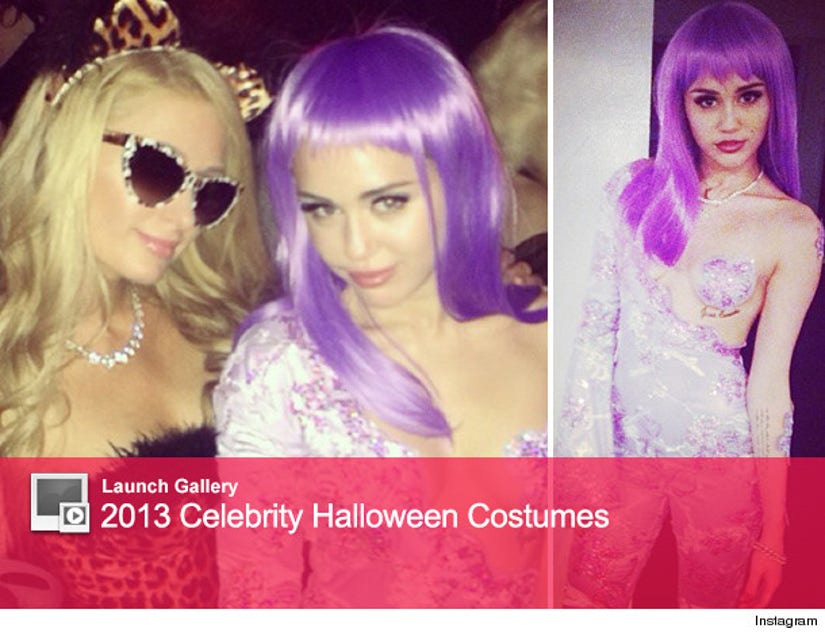 What's better than dressing up as your famous friend?

Paris Hilton and Miley Cyrus got in the Halloween spirit on Wednesday, as the the two partied the night away costume-clad at Beacher's Madhouse in Hollywood.

Paris dressed up as a sexy cheetah as she posed for photos alongside Cyrus who rocked Lil' Kim's infamous 1999 VMA look.

The rapper seemed flattered by the "Wrecking Ball" singer's costume choice, too. "Awwww. Look at my baby @mileycyrus tonight!!! Looking GORGEOUS!!!" Lil' Kim tweeted. "I wish I was there to squeeze your boob :) :) Love U so much !!!! #mytwin."

Miley isn't the only star impersonating her famous friends for the spooky holiday. Over the weekend Paris dressed up as Miley, sporting the 20-year-old's teddy bear suit from her controversial performance at this year's VMA's. 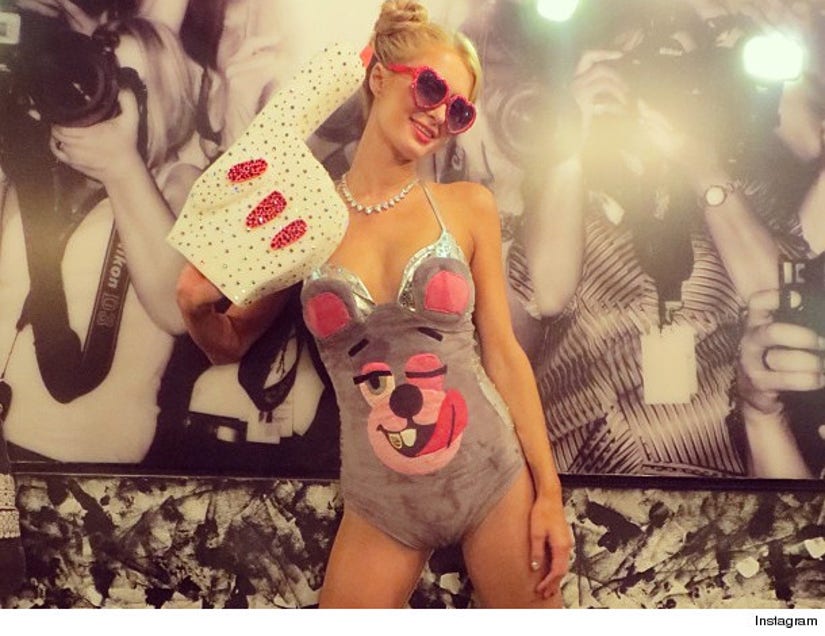 We think Miley and Paris nailed their celebrity Halloween looks -- who do you think had the better costume?

Tell toofab in the comment section below, and click "Launch Gallery" above to see more celebrity Halloween costumes!