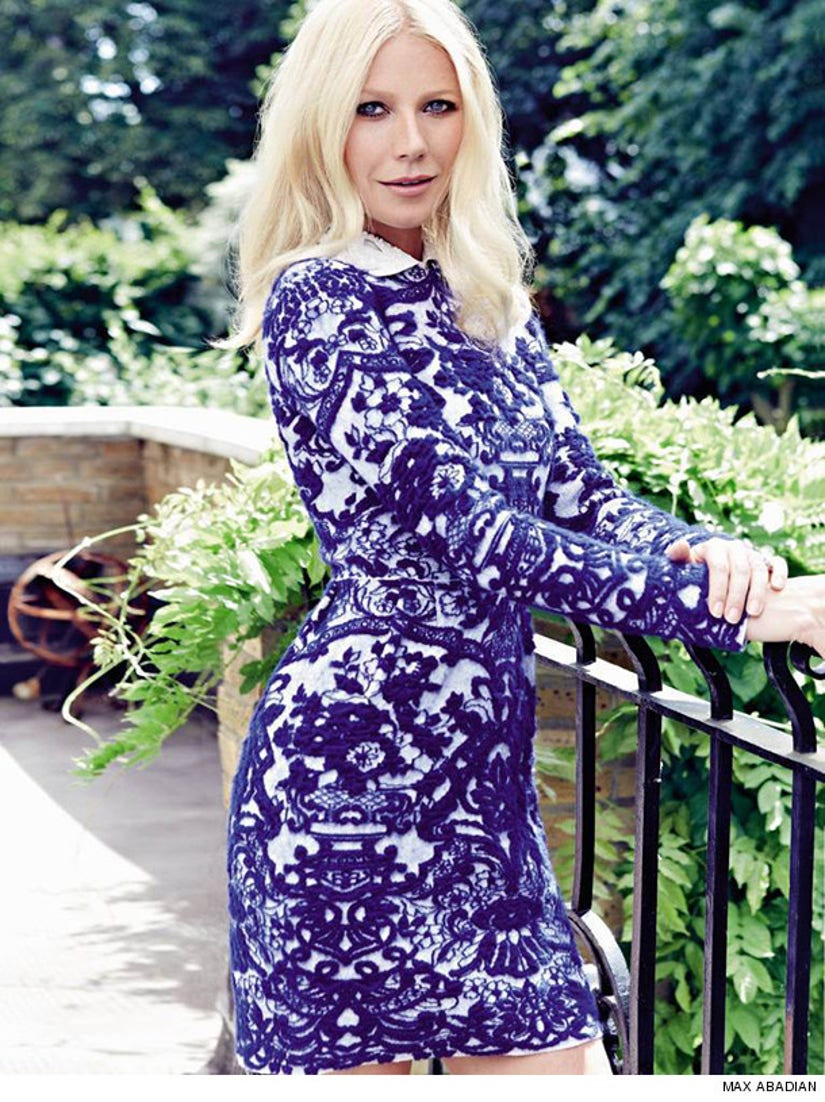 Gwyneth Paltrow doesn't care what you, or anyone else for that matter, think about her!

The actress covers the December issue of UK's Red magazine where she opens up about dealing with the tabloids and the haters.

"The older I get, I realize it doesn't matter what people who don't know you think. It doesn't matter. You're wasting your energy," she says of negative publicity.

The 41-year-old rarely believes anything she sees in the tabloids. "That's why I really don't read anything," she tells the mag. "If it's important, it filters down to me."

While Gwyneth seems like she could care less about what's written about her or what people (she doesn't know) say, when it comes to friends or family raising concerns, that's when she's open to addressing issues.

"It's like, if your partner comes to you – or your best friend – and says, 'Listen, I want to talk about something you did that hurt me, or I think you could improve,' sit down and listen to what they have to say. But some friend of so-and–sos – it's like, who gives a s---?," Gwyn explains.

But the actress just doesn't have a problem with gossip, she also doesn't like women who bring other women down.

"Nobody else can tell [a woman] how many hours a week she needs to devote to this, that or the other … F--- what anybody else says … It doesn't matter what anyone else thinks. That's what we've got to let go of. That idea of 'Oh god, if I don't show up to this concert, all the other mums are going to think I'm terrible.' Well, so f---ing what," she confesses.

The blonde beauty -- who has two children, Moses and Apple, with hubby Coldplay frontman Chris Martin -- has found a balance that really works for her when it comes to her family and her career. She devotes all of her energy to her children when she is with them, and likewise gives the same attention to her career when she's off making movies.

Most importantly, the "Thanks for Sharing" star says she's in a really great place in her life right now, both with her family and her career.

"I'm feeling at such a comfortable point in my life right now, like I'm starting another chapter. Like today I was sitting in the bathroom with Moses, and I was like, 'Oh my God, I'm so glad he can wipe his own ass.' I'm so glad I don't have to do that any more. I don't know if I could go all the way back," she admits.

While Gwyn and her family have been spending some time in Los Angeles recently, it's not permanent.

"I don't want [Apple and Moses] to be teenagers in LA. No way," she reveals. "I'm looking at this like two years, three years tops, then we will go back. It's part of my parenting philosophy that children should get the opportunity to reinvent themselves at a few points in their childhood to see where their strengths and weaknesses lie and to experience living in different cultures … It's an experiment. We'll see."

For more about Paltrow's sit down with the mag, make sure to check out www.redonline.co.uk!