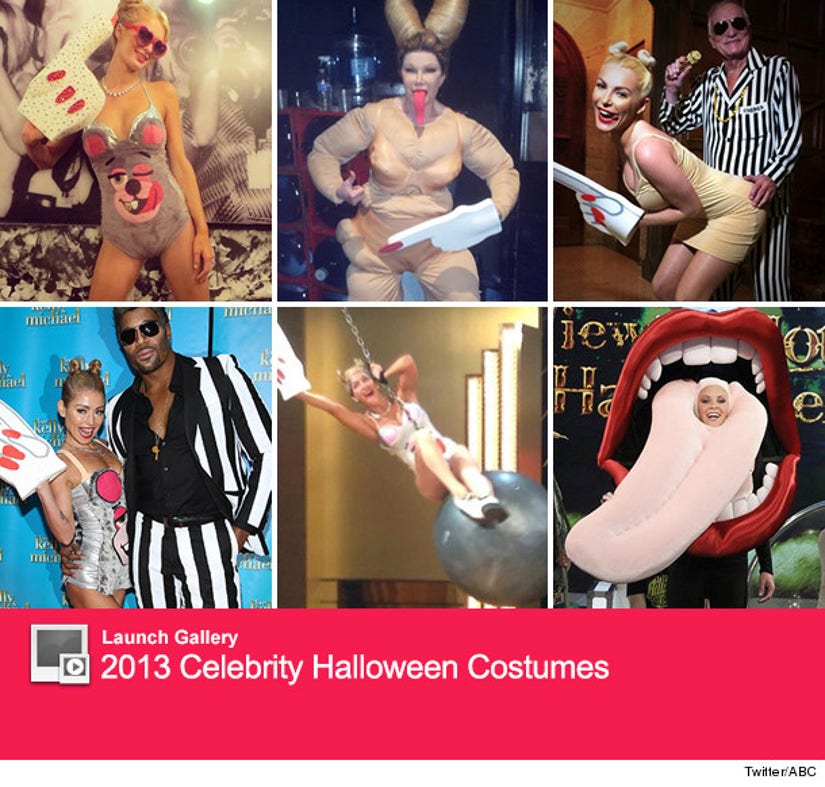 Well, this is awkward.

This year, everyone and their mother, sister, brother and dog dressed up as Miley Cyrus -- and celebs were no exception.

Paris HIlton, Joan Rivers, Crystal Hefner, Kelly Ripa, Lara Spencer and Jenny McCarthy all dressed up as the former Disney star with a couple different takes on the look. But who did it best?

Miley wasn't the only costume we saw more than one of this year though, a lot of celebs had the same idea as some of their famous friends.

Check out more dueling Halloween looks below and vote for your favorite! 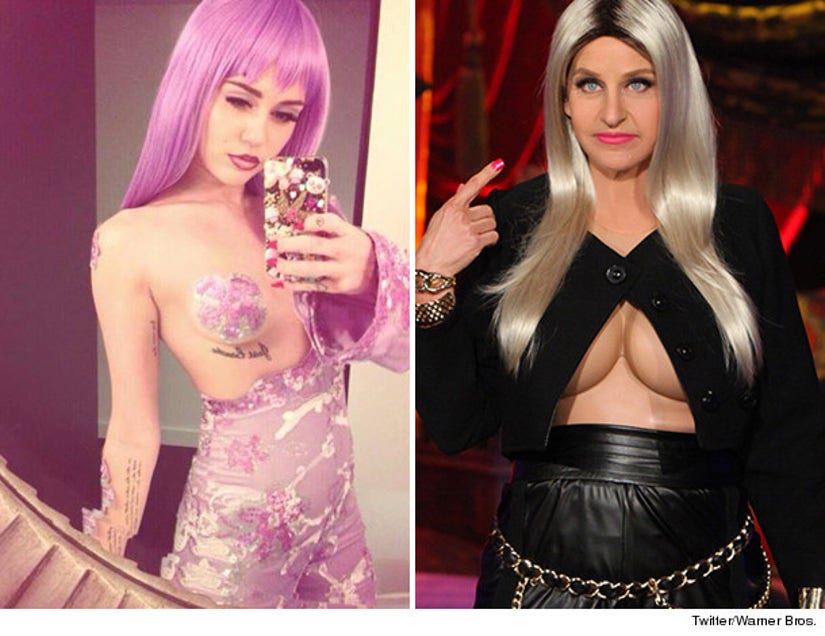 Both Miley Cyrus and Ellen DeGeneres decided to be busty rappers -- and while Miley showed off her real chest as Lil' Kim, the talk show host was sporting a fake (and very big) chest plate to be Nicki Minaj. 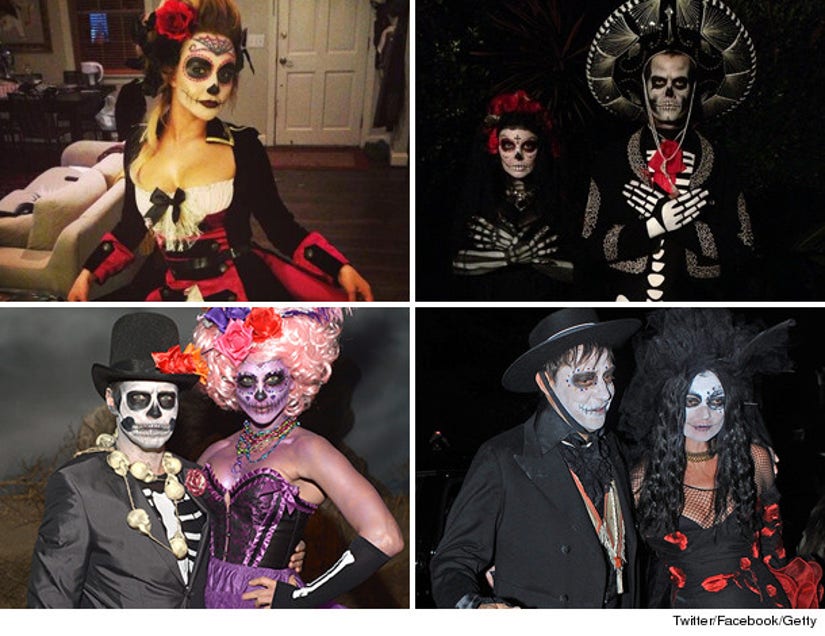 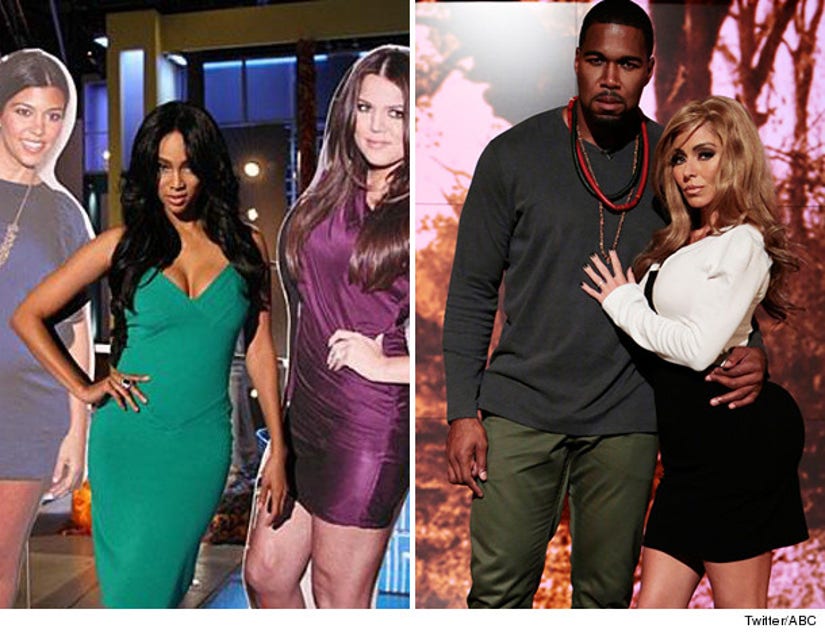 While we love Tyra Banks' larger-than-life-sized cutouts of sisters Kourtney and Khloe Kardashian for her Kim Kardashian costume, we're giving the edge to Kelly Ripa for getting a Kanye, blonde hair and that big booty! 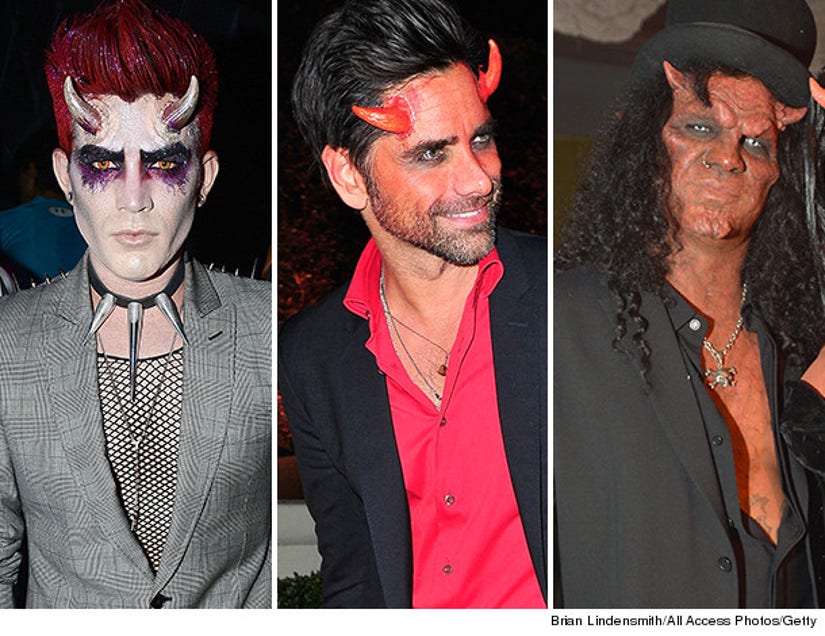 Adam Lambert, John Stamos and Slash all showed off their devilishly good looks for Halloween this year. 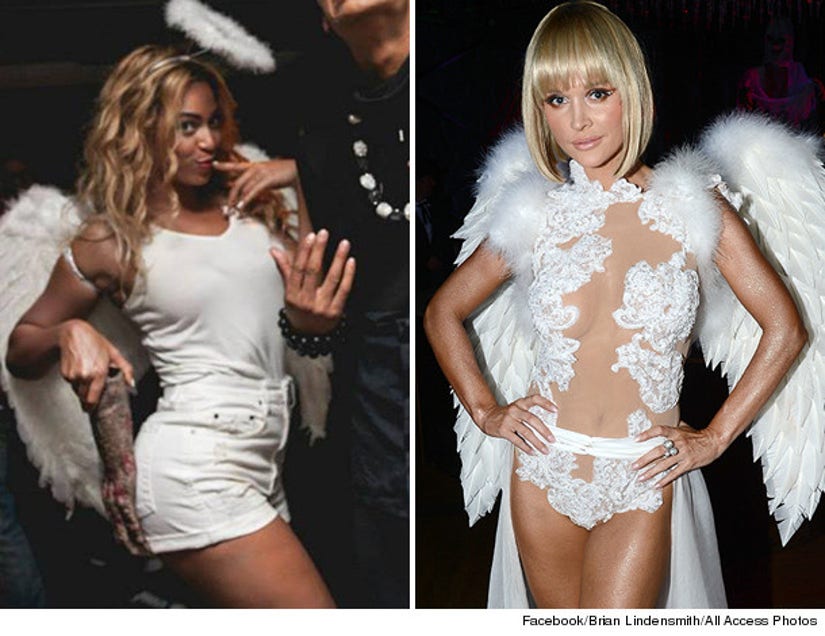 And on the opposite side of the spectrum, Beyonce Knowles and Joanna Krupa were feeling angelic. 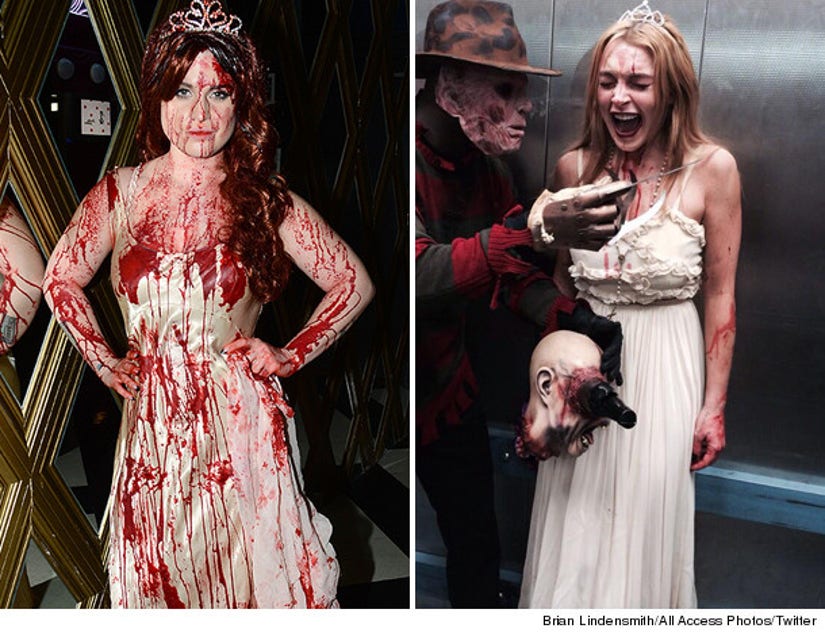 They're all gonna laugh at you! Kelly Osbourne and Lindsay Lohan had a bloody good time for their respective parties, where they went as "Carrie." 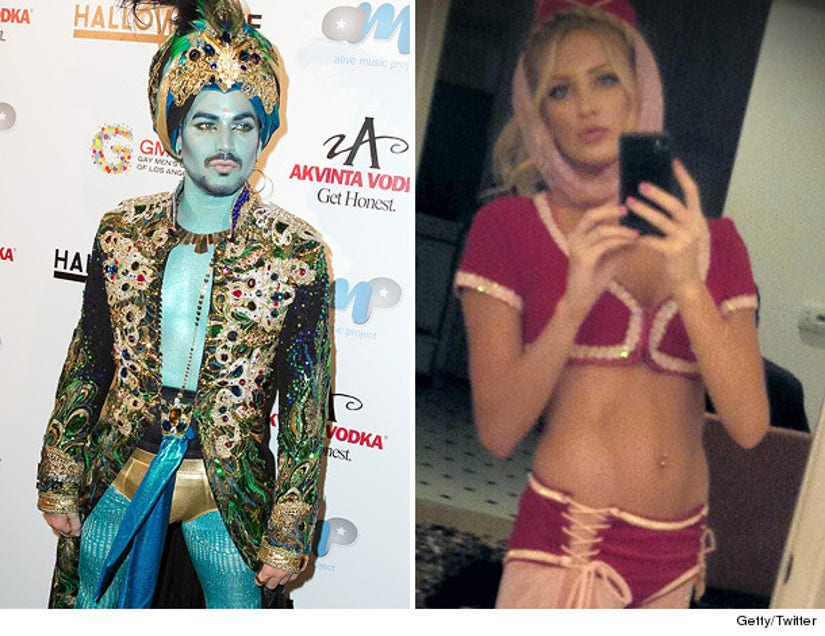 And someone rubbed the magic lamp, because two genies hit the town in two very different getups. Adam Lambert went over-the-top with his blue look, while Stephanie Pratt went with the classic "I Dream of Jeannie" look.