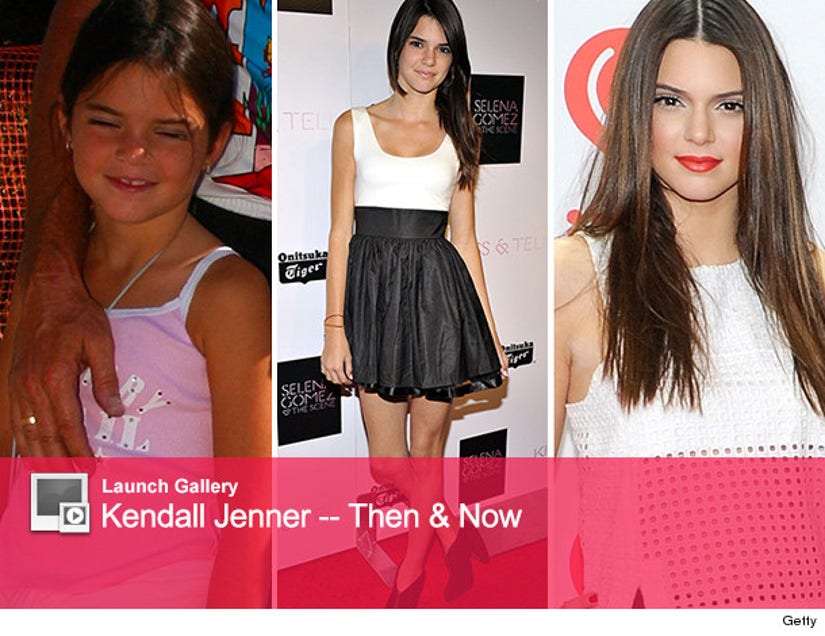 Happy Birthday, Kendall Jenner! The reality TV princess has grown up before our eyes, and today, she's celebrating her 18th birthday.

The Kardashian-Jenner clan already spoiled Kendall with a private day at Six Flags Magic Mountain on Tuesday. The family rented out the entire park and took full advantage of the open rides, sharing the experience with fans via Keek and Instagram videos.

"We're here for Kendall's birthday party and we rented out Magic Mountain. No one else is in the entire theme park but us and the people there to greet us," Kim Kardashian said in a Keek video. "But look, no one's even working in the concession stands. And we get to drive instead of walk. This is real lazy, but this is what Kendall wanted and it is a nice surprise for her and I'm excited for her. So happy birthday, Kendall."

The newly-engaged celeb posted another Keek video of the fam riding one of the roller coasters.

Kim, Khloe, Rob, Brody and Brandon were all spotted in photos shared by different members of the group -- as well as shots of Kylie's maybe-boyfriend Jaden Smith and a reunion between Kris and Bruce Jenner.

We shouldn't expect anything less from the Kardashians!

Jenner is hardly an average teenager. She began her modeling career by signing with the Wilhelmina modeling agency at age 14. Her first modeling job was a campaign for Forever 21, and she's walked in several runway shows for Sherri Hill. Back in February, the now 18-year-old launched a women's clothing line, called "Kendall & Kylie," available exclusively at PacSun.

Click "Launch Gallery" above to see how Kendall has grown up through the years, and check out the gallery below to see all the pics from Kendall's Birthday Celebration!