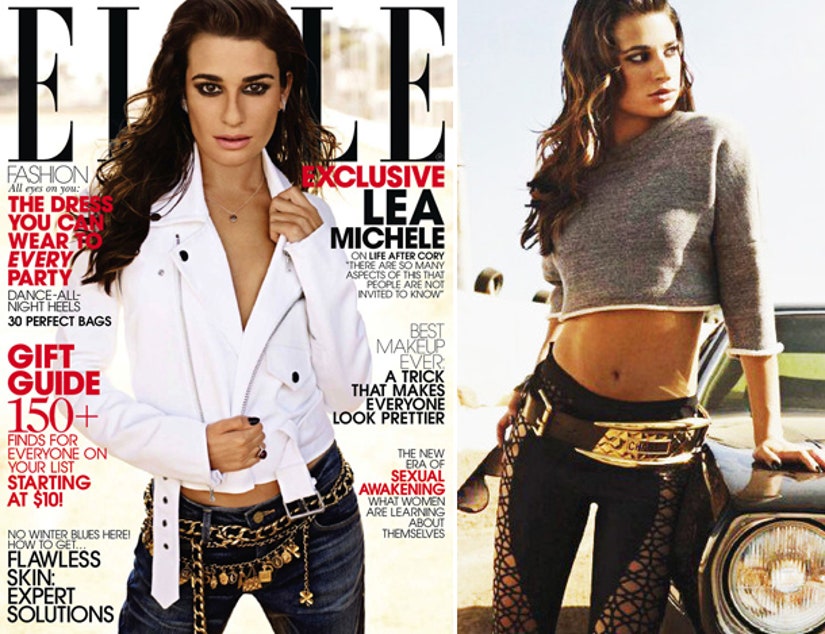 In a new interview with Elle magazine, the actress reveals that Hudson was one of the first people she reached out to after she got the tragic news.

"I called her and said, I don't know where I'm going to go because my house is swarmed [with reporters]," Michele says. "She was like, 'Oh, you're going to stay at my house.' Like it was nothing."

And it wasn't just Lea who sought refuge at Kate's home.

"She let my family stay there, and any of my friends," Lea continues. "She made sure that in the refrigerator were my favorite juices. I'll never really be able to thank her, truly, for what she did for me."

The 27-year-old also opens up about moving on with her life after Monteith's death.

"It's very hard and you have to be very strong to come out of this alive, but I think by doing the best for myself, by showing that you don't have to lose yourself, maybe someone else will feel some sort of strength or comfort," she says.

"Now that I'm in this position, you can choose to rise, which is what I'm going to try to do," Lea adds.

It's clear she's still coping with her loss -- and is still confused with what to do next.

"I know that Cory would want nothing more than for me to take this situation and use it to help people," she says. "I don't know if I will. I don't know how."

See more from Lea's interview with the December issue of Elle hits newsstands.