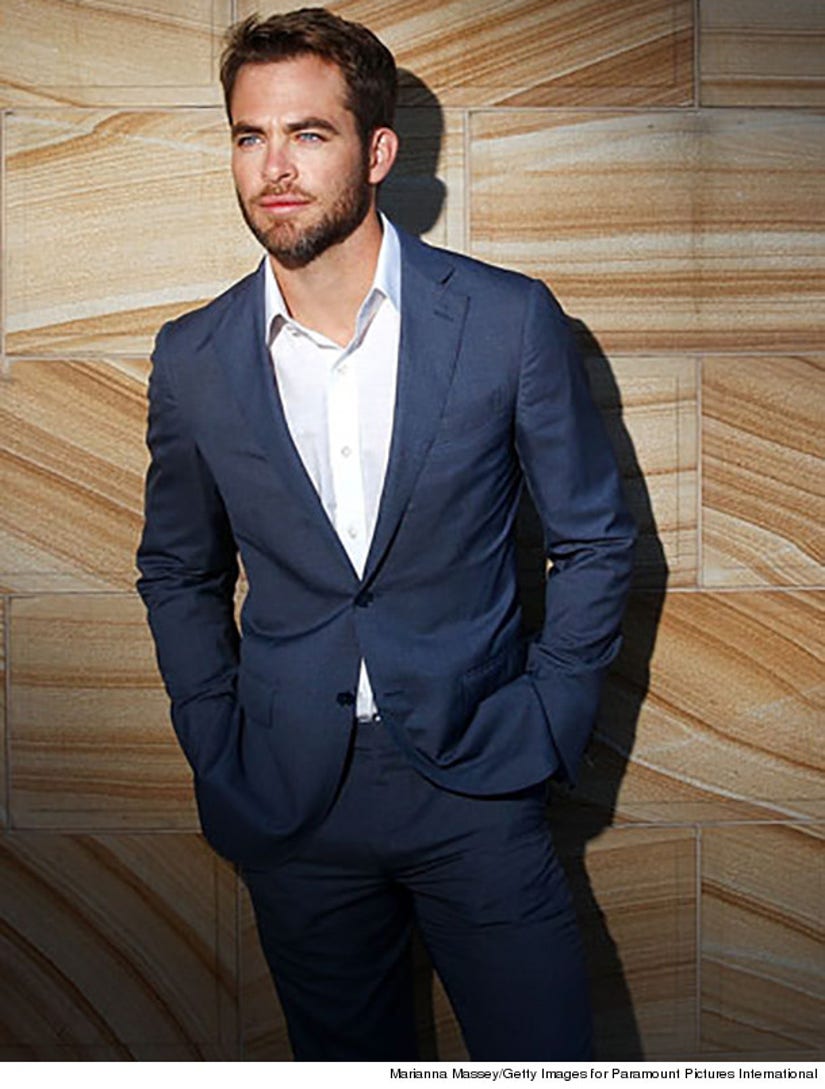 Lindsay Lohan has at least one action star in her corner!

Chris Pine covers the December issue of Cosmopolitan, where he opens up about the troubled starlet and shares his thoughts on dating.

Pine played Lohan's love interest in "Just My Luck," and while her career has taken some troubled turns he still has faith in the former Disney star!

"She's had a rough go of it," he tells the mag. "I'm sure the trials and tribulations that she's been through have taught her plenty. Our business loves comeback stories. From Drew Barrymore to Robert Downey Jr., there's a long list of people who have faced their troubles, wildly overcome them, and succeeded. If anyone can do that, it's Lindsay."

Since the red-headed star left rehab earlier this year, it seems like she's been on the right track ... so far. Like Chris, we hope Lindsay makes a big comeback as well.

The "Star Trek" actor also opens up about dating -- from etiquette to online websites.

"My mom always told me to take my elbows off the table, so that if I ever had dinner with a queen, I would know how to eat properly," Pine explains. "But she also taught me basic things about being a gentleman, like opening car doors. Especially in Los Angeles, I think people lose those small gestures that harken back to a different time but are still mutually appreciated by men and women. Those little things are just nice."

The 33-year-old also doesn't have a problem with online dating, telling the mag that many of his friends use Tinder.

"Whatever eases the process is great, since it can be awkward and uncomfortable meeting someone. It's the same jumping-off point—'Oh, she's cute' or 'He's cute'—and then you start talking. Ultimately, it comes down to the connection you have with that person once she's in the room," he tells the mag.

We're excited to see what the "This Means War" star does next! Do you think Lindsay will make a comeback? Tell toofab in the comment section, and check out even more former Hollywood trainwrecks below!

Make sure to pick up the December issue of Cosmopolitan for Pine's full interview with the mag, on stands November 5.