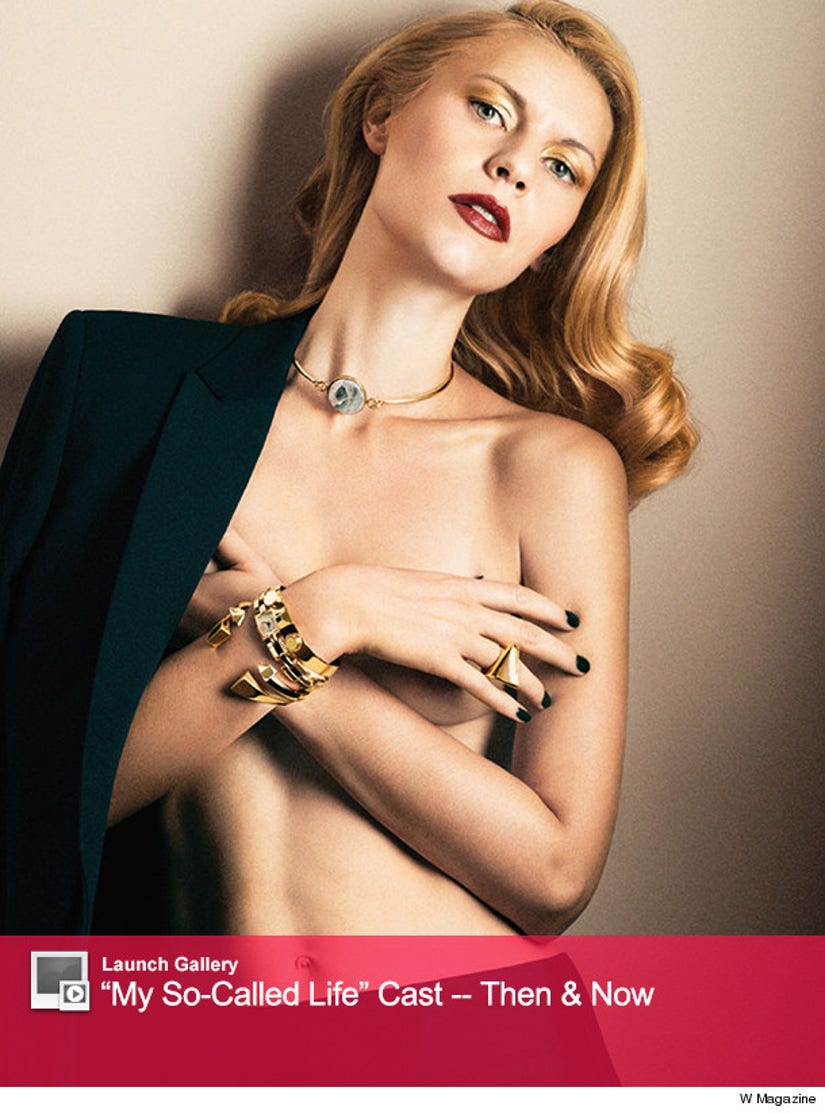 Claire Danes is stunning in the new Interview magazine -- showing how far she's come since the awkward teen years of Angela Chase of "My So-Called Life."

Posing topless and preserving her modesty with a trusty hand-bra, the 34-year-old actress puts her post-baby bod on display in the December issue. Danes welcomed son Cyrus with husband Hugh Dancy in December 2012.

And while she's a 3-time Emmy winner these days, she loves looking back at her past work.

"It's kind of fun to watch 'My So-Called Life' when it comes on," she tells the mag, referencing her breakthrough role in the classic '90s series.

"I guess I knew it was special back then, too, but it was my first big gig, so I had no sense of context," she adds. "I became close with a lot of people involved—and I am still. It was a seminal experience for me, both professionally and personally."

In retrospect, she sees a lot of similarities between "Angela" and herself as a teen ... something she doesn't have on her current hit show, "Homeland."

"That was wild because I was the same age as the character, and there was an incredible symmetry between us -- unlike Carrie Mathison [on "Homeland"], who in no way resembles me," says Danes. "I would be the worst case officer on the planet. I am so ill suited to Carrie's vocation. But Angela Chase was just another high school student."

It's clear the entire cast of "MSCL" has fond memories of being on the show.

toofab's Brian Particelli caught up with the stars of the show earlier this year -- watch the video below to see what they think their characters would be up to now:

And see how the entire cast has aged in the gallery above!