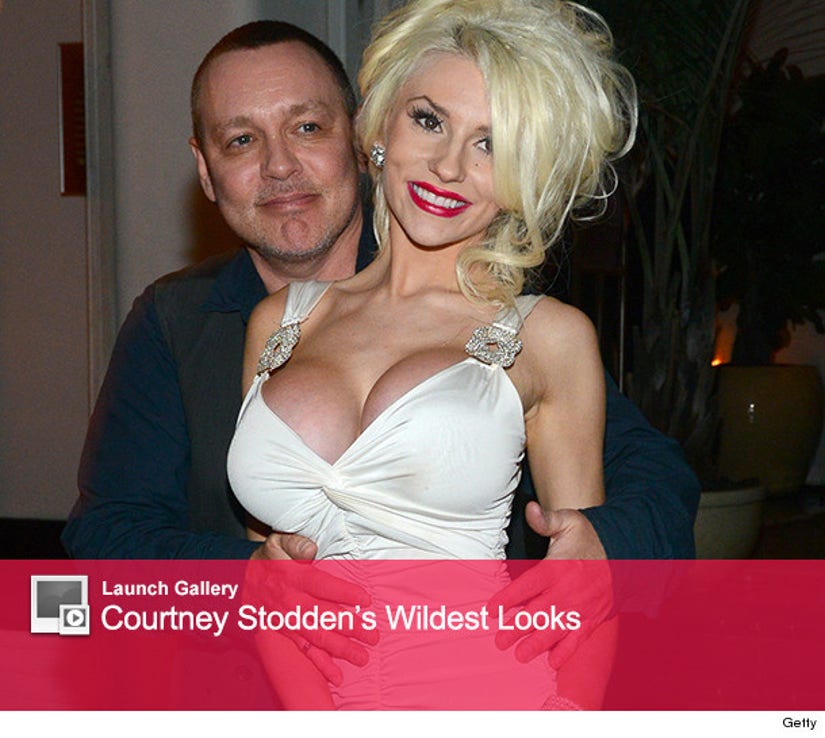 From teen bride ... to teen divorcee!

After reports of a split surfaced last week, 19-year-old Courtney Stodden and her 53-year-old husband Doug Hutchison just confirmed the news to the Daily Mail.

According to the Mail, the two will "legally separate" but Doug will still act as Courtney's co-manager with her mom Krista. They will still live together and share custody of their dog, Dourtney.

Calling the decision "mutual and amicable," their official statement says that Stodden wants "freedom to explore her independence."

Doug adds that they will "be best friends for life."

The couple made headlines back for their 2011 wedding; Courtney was only 16 at the time and needed her parents' permission.

Since then, she's been known for her staged photo shoots (often wearing the most minimal clothing) and penchant for plastic surgery (including her breasts and her lips).

Rumors of a split started after Courtney celebrated Halloween solo last week -- and was seen without her wedding ring on.

Does this split surprise you? Or was their 34-year age difference too big to overcome? Tell toofab in the comments below!