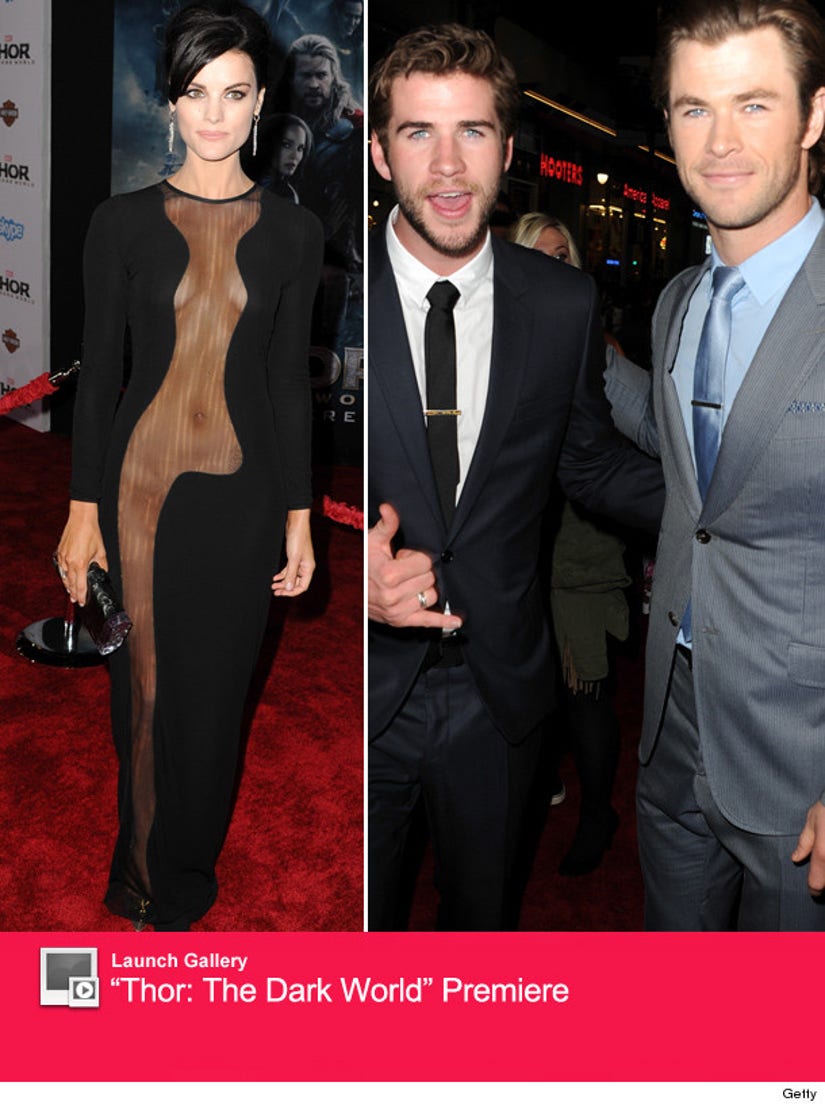 At Monday night's red carpet premiere of "Thor: The Dark World" at the El Capitan in Hollywood, all eyes were on the Norse god's lady friend ... who was thisclose to showing her lady bits!

Jaimie Alexander, who plays Sif in the Marvel films, showed off her impressive physique in a black Azzaro Couture dress with some very risque sheer cutouts right down the middle of the front and back.

Yep, the back too! 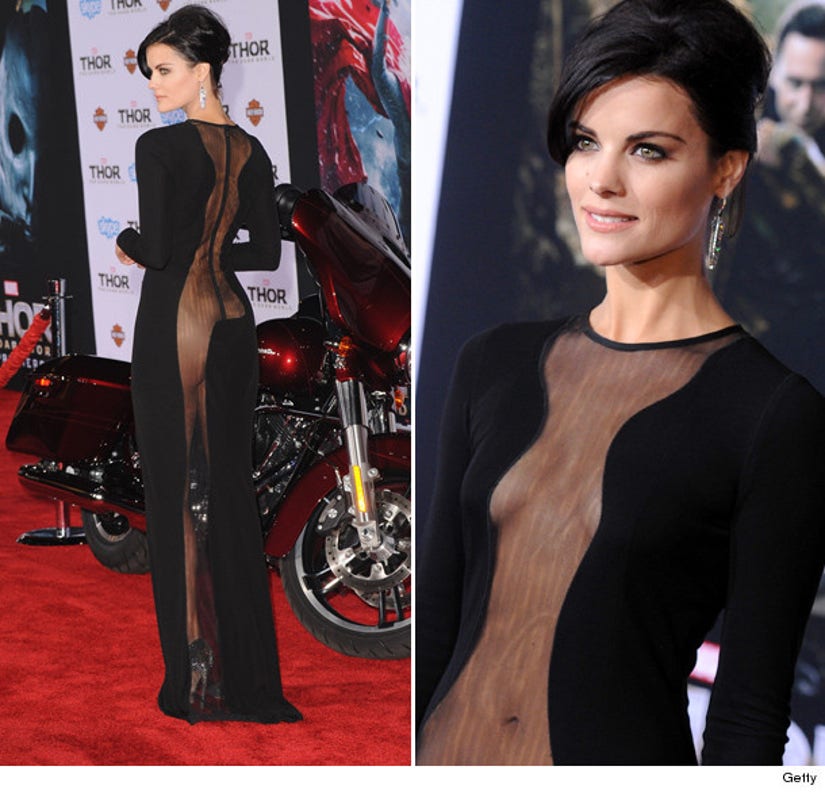 We're guessing this thing stayed in place thanks to some strategically placed double-sided tape, as she didn't actually have any wardrobe malfunctions at the premiere.

The look reminded us of a dress another Marvel heroine sported to the Hollywood premiere of her own movie: Gwyneth Paltrow.

The "Iron Man 3" star showed up to that film's red carpet without any underwear on either -- and later gave the world TMI by saying "everyone went scrambling for a razor."

Check out the gallery above to see more "Thor" stars from last night's event, including Chris Hemsworth, Tom Hiddleston, Sir Anthony Hopkins and Kat Dennings -- as well as Jeremy Renner, Liam Hemsworth and the stars of "Marvel's Agents of S.H.I.E.L.D."