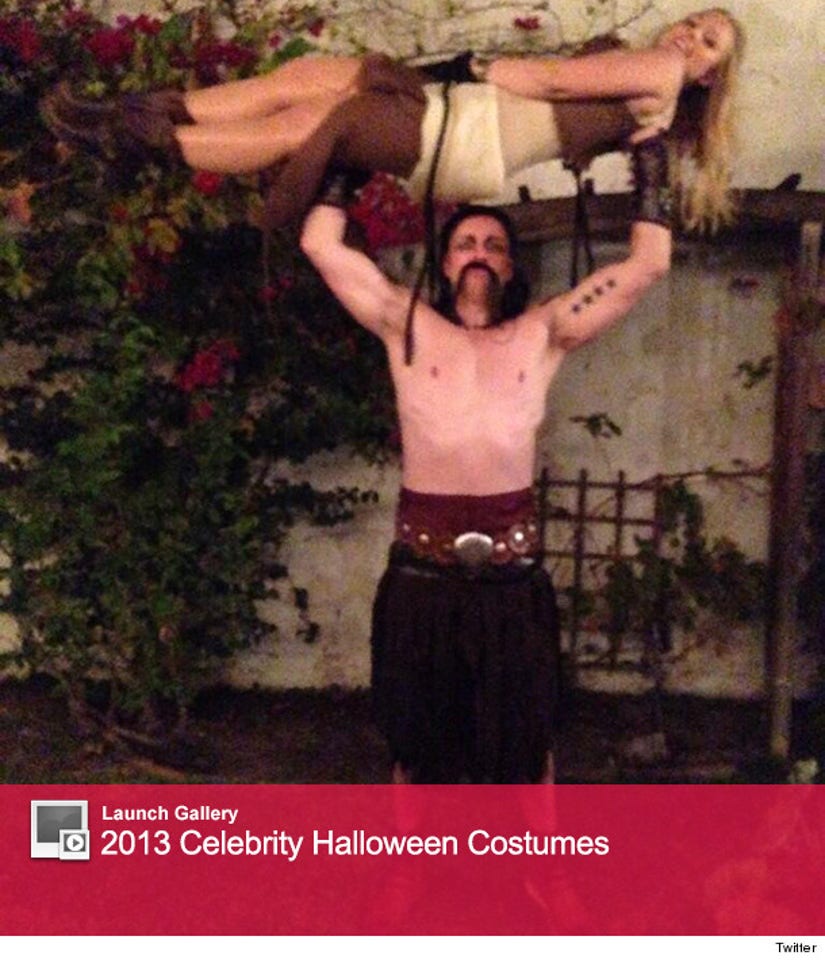 And now, for the last Halloween photo you'll (probably) see in 2013.

Even though the holiday was last Thursday, Dax Shepard and Kristen Bell waited until today to finally reveal their costumes -- and they were worth the wait!

The super cute duo, who recently tied the knot in a courthouse ceremony, had one pretty great couple's costume ... and it was "Game of Thrones"-themed.

Sporting a beard, leather cuffs and not much else, Shepard dressed up as Jason Momoa's Khal Drogo. Bell, meanwhile, went as the Mother of Dragons, Daenerys Targaryen.

Kristen actually explained why they picked the Dothraki couple in an interview before Halloween.

"It's mainly revolving around the fact that Dax wants to be something shirtless, so Drogo is his main pick," she told Huffington Post.

"I think Khaleesi's dragons are going to be Lincoln [the couple's daughter] and my two dogs," she added.

Check out more celebrity Halloween costumes above -- and maybe get some inspiration for what to dress up as next year.